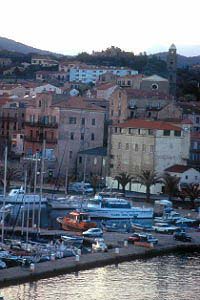 Admirably protected from the westerly winds at the bottom of the Gulf of Valinco, the beautiful Propriano welcomes thousands of tourists from the continent every year.

The road leading to it is wide and smells of the maquis. Before arriving in town, this road crosses several languid villages which testify to an ancestral and almost immutable way of life.

Punctuated by the passage of itinerant traders, the milking of sheep and the hour of pastis...

A former fishing port that has become a fashionable seaside resort, Propriano remains a town on a human scale. Barely arrived, the visitor will perhaps have the impression of already knowing the small town.

Error ! We think we know it and yet we only scratch the surface. Because it is not on the beautiful beaches of Baraci or Pujara that we will manage to discover the authenticity of the inhabitants and the deepest Corsican soul.

We will barely manage to touch it, perhaps, letting ourselves be impregnated by the extraordinary play of colors which seem to play on the milky waters of the bay. 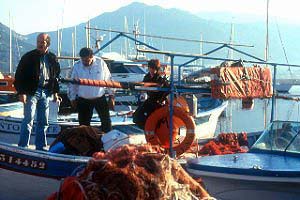 The ideal is however to leave the tourist establishments which are mostly located in the city center or on the quays of the marina.

To sink, according to chance and encounters, in the small alleys which, behind the gleaming facade of the successful seaside resort, still retain today a typically island lifestyle.

Basically Corsican. Rough and sometimes lively, of course. But basically hospitable and welcoming as long as the visitor shows that he knows how to appreciate and respect the specifics and local personalities… 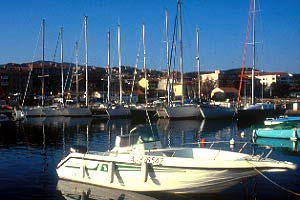 
1: Behind the gleaming facade of a fashionable seaside resort still hides a typically Corsican soul

2: Despite growing tourism, fishing remains a traditional activity in Propriano

3: At the edge of the quays, pleasure boats and motorboats are increasingly replacing fishing boats

What to do in Nice? 11 must-sees in Nice

Visiting Bayeux: what to do and where to sleep in Bayeux?

What to do around Dijon? 7 getaways not to be missed