Some ideas for understanding Aboriginal culture 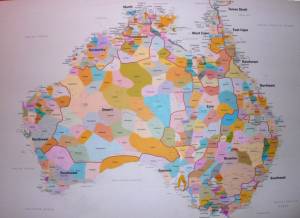 map of aboriginal tribes of australia

1/ The notion of “Aboriginal” identity does not exist in itself, and even less among the Aborigines themselves.

No Aboriginal language has a word for the entire Aboriginal population of the continent.

The whole Australian territory is actually made up of tribes that differ totally in their languages, territories, arts and traditions.

It only takes a look at the map of the different tribes to understand that the concept of Aboriginal people was created by white men.

There is no real unity between tribes, which can have trouble communicating with each other! Unfortunately today the diversity of Aboriginal languages ​​and cultures is in great danger and risks rapidly disappearing.

However, two main groups can be distinguished within the original Australian culture:

– the aboriginal tribes of the continent

– the natives of Torres Islands (north of the continent)

2/ Aboriginal culture and way of life are based on the notion of the Dreamtime.

The term Dreamtime (or "Dreamtime" in English) designates both a period in the history of the world, the time of the creation of living beings and territory by the ancestors, and all the myths and popular tales aborigines passed down from generation to generation.

This set of teachings therefore contains the founding myths of the tribe as well as the rules which dictate the way of life of the community and those which it must respect in order to survive.

This is how the Dreamtime describes how certain animals should be hunted, what plants should be gathered, how meals should be prepared, and ancestors honored. It also contains the hierarchical rules of “political” organization of the community.

While some ancestors are common to certain tribes, most Aboriginal tribes have their own unique Dreamtime, myths, and traditions. 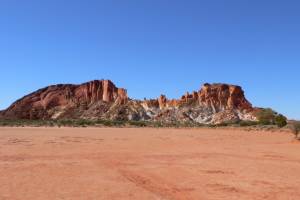 Each tribe is adapted to a particular environment

3/ The Aboriginal culture and way of life are entirely linked to the land and the environment to which they belong.

The rules of life and the traditions of each tribe come from the Dreamtime of each tribe, resulting itself from the myths on the creation and formation of their territory by the ancestors of the tribe.

The traditions and cultures of each tribe are therefore based on a particular environment and sacred places, which explains the diversity of traditions from one tribe to another.

This is one of the explanations for the failure of reserves and territories reserved for Aborigines during the colonization of Australia. If an Aborigine is "deported" to a land other than his own, his traditions, myths and rules of life no longer correspond to his environment and he totally loses his identity.

4/ Aboriginal art reflects the notions of knowledge and belonging of a people to their land.

Language, arts and belonging to a territory are entirely linked for the aboriginal tribes. Indeed, songs and artistic traditions are a privileged channel for the transmission of myths and therefore rites of protection and "possession" of the land. This is why every artistic object is sacred and specific.

2nd Flag of the Australian Nation, the Aboriginal Flag

For an Aborigine, knowing and possessing the myths left by the ancestors, through the tales, paintings, songs and dances of his tribe means belonging and therefore, in the Western sense of the term, "possessing" the land he describes. .

Some families therefore have specific songs or artistic motifs that correspond to the territories to which they belong and which they must protect from generation to generation.

To use the motifs or songs of another family or tribe without asking their permission is therefore to steal their knowledge of the land and therefore their territory.

This is why no aboriginal work should be reproduced without asking the agreement of its creator. This is therefore the reason why we have chosen not to represent any in this article.

5/ The language, the arts and belonging to a territory are therefore entirely linked for each Aboriginal tribe.


The Aborigines consider that they belong to the land of their ancestors rather than the territory as their own.

This is why it was so difficult for them to provide proof of ownership to the English colonizers, who then took the opportunity to declare Australia “terra nullius” (ownerless).

"Owning" a place for an Aborigine is simply impossible. He belongs to his land and what he “owns” is only a moral obligation to protect the sacred places and to honor the ancestors who created them.

The Aborigines therefore belong to their land and honor it by singing or drawing it in their own languages ​​and artistic traditions.

They have the right to do so because they were initiated by their parents, grandparents and the rest of the tribe. They cannot represent territories to which they do not belong.

This presentation is really a basic introduction, which gives some keys to try to understand the aboriginal culture.

If you want to learn more about Aboriginal culture, a good first introduction is explorer Bruce Chatwin's book, The Song Lines.

Very easy to read, Chatwin describes the journey he made in the 1950s around Alice Springs to discover the sacred Aboriginal places of the region.

What are the benefits of the London Pass? ❯

add a comment of Some ideas for understanding Aboriginal culture