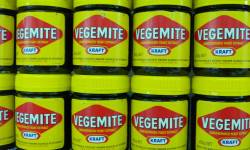 Vegemite shelf at the supermarket!

“Vegemite” is one of the iconic products loved by Australians and considered as typical as kangaroos and koalas.

It is a fruit concentrate, made from brewer's yeast, spices and fruit extracts, to spread every morning on your toast with a little butter.

This black, sticky, compact paw was first invented in 1924 by a citizen of Melbourne, who wanted to produce the most vitamin B rich food possible!

Very quickly the "Vegemite" was used by doctors to fill certain deficiencies, and, during the Second World War, it was officially part of the luggage of each Australian soldier sent to the front!

The whole country was forced to ration itself to ensure the supply of the troops!

While Australians literally adore this "jam" (9 out of 10 households have a jar of "Vegemite" in their cupboards!), most "non-Australians" are turned off by the smell rising from the jar!

You really have to be born and raised in Vegemite since your earliest childhood to be able to enjoy whole toasts.

2/ How to order your beers? 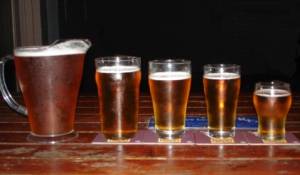 This vocabulary may vary from state to state, but you will always be able to make yourself understood using these terms.

If you are enlisted in a group of Australians, the tradition is usually to take turns buying a jug to keep everyone's glasses filled, and so on until the end of the evening!


Beer is a bit of an institution in Australia and you'll find dozens of different brands to try.

Each state and even some cities have their own types of beer!

The "XXXX" (pronounced Four X) in Queensland, the "Tooheys" in New South Wales, the "Victoria Bitter" (VB) in Victoria, the red, green or yellow "Cooper's" in South Australia are , for example, safe values ​​to test.

3/ The “meat pie” and other meats to taste in Australia 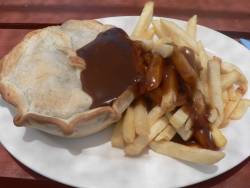 The “meat pie” and the bowl of fries that accompanies it are among the typical dishes that you must try during your visit to Australia.

The "meat pie" is a pie filled with meat and vegetables, covered with the fattest of sauces, the "gravy".

It is the most typical Australian lunch and the most convenient to order in any restaurant in Australia.

But you will surely find the tastiest and most authentic "meat pies" in the most remote Roadhouses or gas stations-restaurants of the Outback! 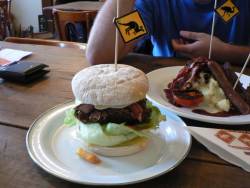 You can also alternate with the famous "sausage roll" which contains minced meat in a puff pastry in the shape of a cigar!


Finally, take a good look at the menus of Australian restaurants and don't forget to taste the extraordinary steaks and hamburgers they offer: kangaroos, emus, dromedaries, crocodiles or baramundi!

Created in 1964, Tim Tam may be Australia's newest culinary specialty, but these cookies are considered Australia's favorite dessert.

According to the Arnotts brand that produces them, each Australian would buy 1,5 packets of Tim Tam, or 400 million cookies, per year!

This is an excellent biscuit filled with chocolate and caramel covered with even more chocolate!

They were named after the name of the winning horse at the 1958 Kentucky Derby, where its creator had traveled.

Of course you can taste all the different types of Tim Tams in dark chocolate, milk chocolate, white chocolate, caramel, and in the warmer states of Australia you will find the Tim Tams in the chilled aisle at the top of the freezer or from the fridge!