Take this small-group bike tour along the River Thames and explore the banks of central London by bike! On this 5-hour guided bike tour, you'll see top London attractions including Big Ben, the London Eye, and St. Paul's Cathedral. Cross Tower Bridge and discover the culinary variety of Borough Market during a short lunch break.
To allow you to benefit from the personalized attention of your guide, this walk is limited to groups of no more than 14 people. 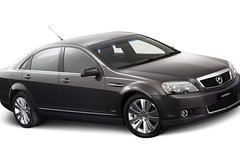 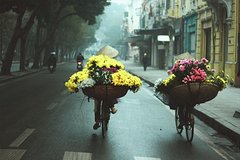 Hop on a bike and set off on a guided, small-group bike tour along the River Thames through central London. Over its 2 year history, London has faced epidemics of plague, fires, wars and more that have forever shaped its cityscape — your knowledgeable local guide will escort you through this history as you discover the city, making your trip informative and enjoyable.
On this bike tour, pedal along both banks of the River Thames, admiring top London attractions and stopping along the way to snap photos. Part of your itinerary will be determined by your guide on the day, based on the preferences of the whole group.
Your tour includes Big Ben, the London Eye, St Paul's Cathedral, Borough Market, Shakespeare's Globe Theatre, the Tower of London and Tower Bridge.
Stop for a lunch break at Borough Market, one of London's largest food markets, famous for its vast array of produce from around the world. After regaining your strength, you will continue your tour by crossing one of London's most popular bridges, Tower Bridge.
From Tower Bridge, you will cycle to the area known as the City, the financial center of London, where you will admire some modern glass skyscrapers that have recently appeared on the famous London skyline.
You'll then pass the Great Fire monument and Leadenhall Market – one of the hidden gems of XNUMXth-century London – and hear how it appears in 'Harry Potter and the Sorcerer's Stone'. Pass an old medieval church that was bombed in World War II before crossing London Bridge and returning to Southwark – where the tour ends.