Visit the 3 most important highlights of the center of Seville: the Cathedral of Santa Maria, the Giralda tower and the Royal Alcazar. 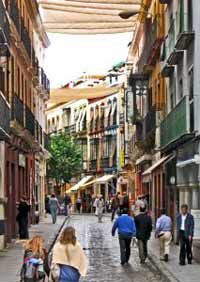 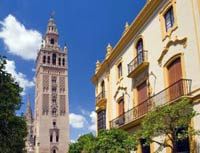 The Cathedral of Santa Maria is the largest in Spain and is where Christopher Columbus is buried and his tomb is still of great interest to visitors.

The Giralda Tower is an ancient Arab minaret and symbol of the city, which dominates the city skyline. This magnificent structure was used as inspiration for similar architecture in Rabat and Marrakech.

The Royal Alcazar is a 14th century Arab palace which was originally a Moorish fortress. Today, the Alcazar is the residence of the kings of Spain.

You will end the tour with a pleasant walk through Santa Cruz, Seville's historic Jewish quarter. With its winding cobbled lanes between white washed buildings, this is the most picturesque area of ​​the city.

Return details:
Ends in the center of Seville

Self-Guided Day Trip to Montserrat and Sitges from Barcelona

Madrid or Barcelona: where to go for your next getaway?

Small-Group Day Trip to Montserrat, Gaudi and Modernism from Barcelona

Private Full-Day Trip to Antequera from Marbella or Malaga