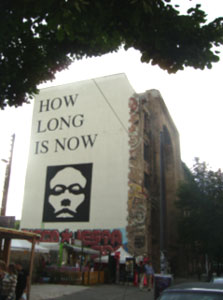 Just above Hackescher Markt is the small district of Scheunenviertel, nicknamed "the barns district", a nice triangle of streets articulated around Oranienburger Tor.

It is the place of Berlin's unbridled nightlife and its alternative artists.

Speaking of alternative art, one place is really unmissable: the Tacheles.

Located on Oranienburger Strasse, this large building (which used to be a department store like Ku'Damm's KaDeWe) was threatened with destruction at the turn of the 90s but was saved by a handful of young artists who settled there.

There is everything that makes the destroy charm of the great artists' squats: car wrecks in the backyard, transformed in summer into a techno bar; exhibitions of paintings and sculptures on all floors; screenings of avant-garde short films; photo exhibitions…

On the ground floor, there is an almost always crowded café-restaurant, the “Zapata”: not really picturesque, compared to the rest of the building. 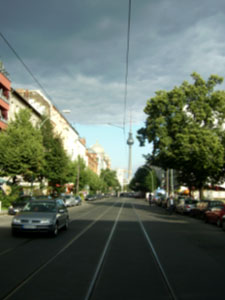 On the same street is the most beautiful monument dedicated to the Jewish community in Berlin: the New Synagogue.

With its facade restored, the synagogue has regained vitality after being devastated by the Nazis in the 30s (hence the adjective “new”).

Moreover, their passage has hurt the Old Jewish Cemetery right next door, since there is only one grave left!

The synagogue can be visited for three euros, and we discover a nice little exhibition on the history of the place.

Further in the district, on Chausseestrasse is the house where Bertolt Brecht lived until his death.

The famous playwright left his personal archives here and a cultural center was opened here.

You can still visit his old apartments, but this is of little interest, except for fans of the Threepenny Opera. 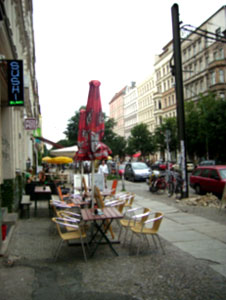 In the evening, the best nightclubs in Berlin are available to us in the neighborhood.


On the way to the Rio, the B-Flat, the Schlot… No, the best is the Sage Club, on Köpenicker Strasse: built in a disused U-Bahn station, with its varied music and its raging dancers, c is the must of the underground Berlin!

See also: Segway tour of the city of Berlin

> To walk around the Scheunenviertel district, the easiest way is to get off at the Oranienburger Tor station, located on line U6.