Remembrance and commemoration tourism: what is it, which places to visit? 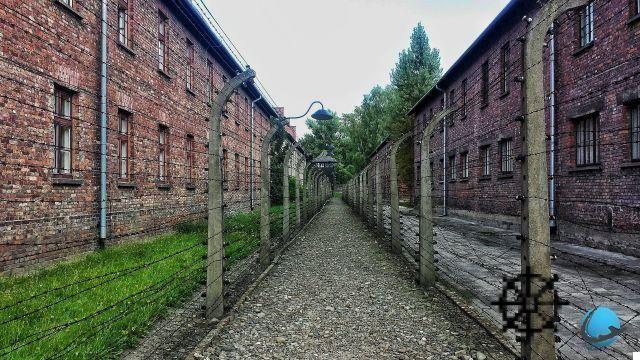 One form of travel has developed a lot since the 80s: memory tourism. What does it consist on ? Is it suitable for all audiences? What are the places to visit? Perhaps you have already practiced without even knowing it ...

What is memory tourism?

This concerns people who go to a place steeped in history, whether it is a period close (the concentration camps of the Second World War like Auschwitz Birkenau in Germany) or distant (the Tower of London built in the Middle Ages), a planetary event such as the September 11 in New York (Ground Zero) or being the act of only one man (Nelson Mandela prison in South Africa). Another popular practice is to visit cemeteries like that of Père Lachaise in Paris.


In France, these different practices welcome 20 million tourists each year, mainly concentrated in places related to the two world wars. It can be a goal in itself or just a part of a journey: it all depends on the motivation of the person.

Why visit such places?

First of all, for purely commemorative reasons. Indeed, the memory of missing persons attracts tourists. However, a younger audience takes such trips in order to better understand history and educate in order not to make the same mistakes again. Museums, like that of Apartheid in South Africa, respond to this desire. Less radical, the cemetery visits allow a reappropriation of the heritage.

Some places are not recommended for sensitive people : those where crimes were perpetrated en masse and whose history is still recent: the Auschwitz camp or Ground Zero. This requires educational preparation, especially for the youngest. However, it must be recognized that efforts are being made to make these places accessible to all. So apartheid is explained in a museum. Without removing anything from the horror, this allows a first distancing because the walls are less charged with history.

We have selected a few sites for you that you will be able to see during your various stays.

Visiting cemeteries: not that weird!

Visiting a cemetery is a weird idea! However, each year they attract many tourists enthusiastic about the proposed setting and the notoriety of missing persons or simply eager to exercise a duty of memory.

The Père Lachaise cemetery in Paris attracts many tourists every year. Everyone appreciates the calm of this place, born from the dense vegetation. You can walk among the most famous graves: Jim Morrison, Yves Montand, Molière, Chopin… Visits can be themed : tour of the graves of writers and their epitaphs, soldiers, musicians… Finally, they can even be funny. Thus, during their lifetime, certain celebrities buried in the Père Lachaise cemetery displayed real black humor and left post-mortem traces on their tombs. 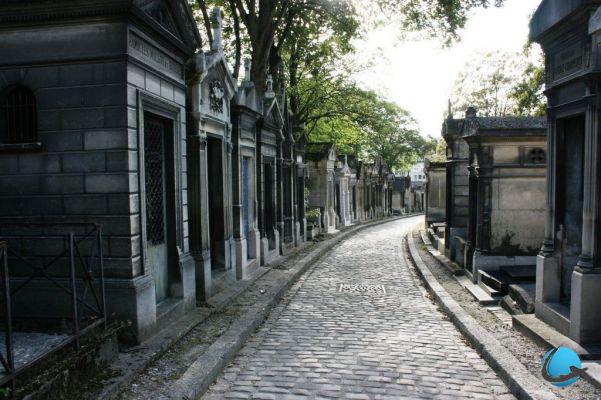 The Père Lachaise cemetery to discover in remembrance tourism

Other cemeteries that can be visited

More and more cities are opening the doors to cemeteries to their tourists. It is about making discover the great local figures: Georges Braque in Beaurevoir (Normandy), Edouard Herriot and Tony Garnier in Lyon, Paul Valery in the marine cemetery of Sète. All of them are more or less successful, depending on whether they are promoted or not by the tourist offices. However, tombstones reveal funerary art and sumptuous landscaped views.

Finally, cemeteries have a very special appeal: those in which soldiers rest. The most famous military cemetery in the world is Arlington, in the United States, opposite Washington and the White House. There rest the soldiers who fell during the great European wars, Vietnam, but also during the war of independence. 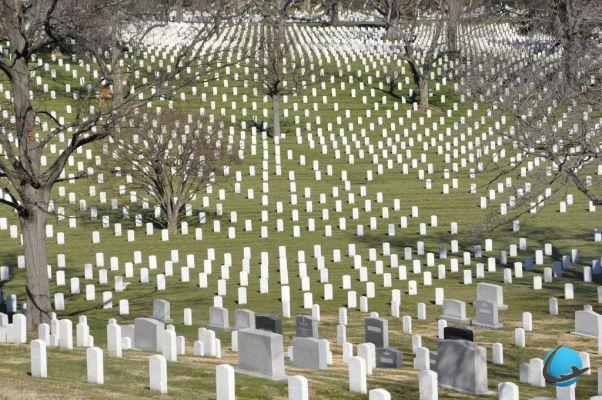 When war and the fight against racism are exposed

The Second World War left a deep mark on people's minds because of its recent nature. Many soldiers and resistance fighters are still alive and bear witness to the atrocities committed during the war. Racism has also claimed too many victims, especially the apartheid regime which now has its own museum. 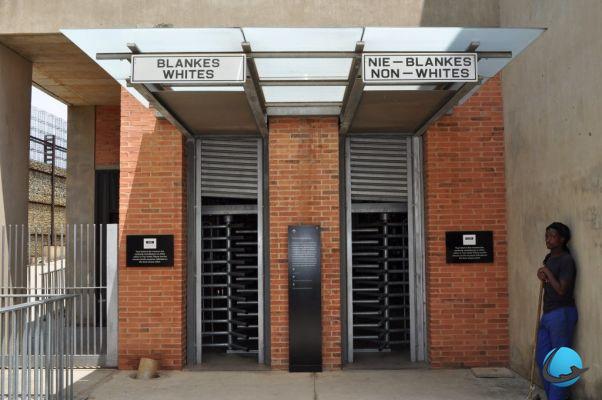 Besides military cemeteries, there are different ways to remember and learn more about WWII. Thus, the Caen Memorial offers an interesting approach to this period, its warning signs and its consequences. Everything is done thanks to interactivity and multimedia supports. Also in France, the Center d'Histoire de la Resistance et de la Deportation in Lyon deals with the Occupation.


Other places to visit are dedicated to the Second World War, and in particular to the Holocaust. In Paris, the Shoah Memorial presents the history of the Jews of France chronologically and thematically. This memorial also includes a large Star of David which symbolically represents the tomb of all the Jewish deportees. 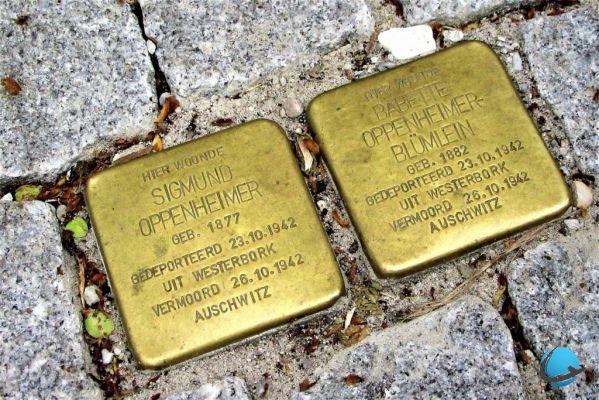 The Shoah Memorial in Paris to visit in remembrance tourism

In Amsterdam, visit the Anne Frank House, this German of Jewish faith deported and died at the age of 16 who told the horror through the eyes of a teenager. Her diary, written while in hiding, has given rise to multiple translations, as well as theatrical and film adaptations.

Last but not least, it is impossible to evoke the Nazi acts without thinking of Auschwitz-Birkenau. Know that this sinister place can be visited: it is even classified by Unesco. The visit follows in the footsteps of a prisoner in the camp, from the portal surmounted by the infamous “Arbeit marcht Frei” to the crematorium ovens. Here, no interactivity, just the darkness of the walls. An edifying visit, which shows the unspeakable, far beyond most school books. 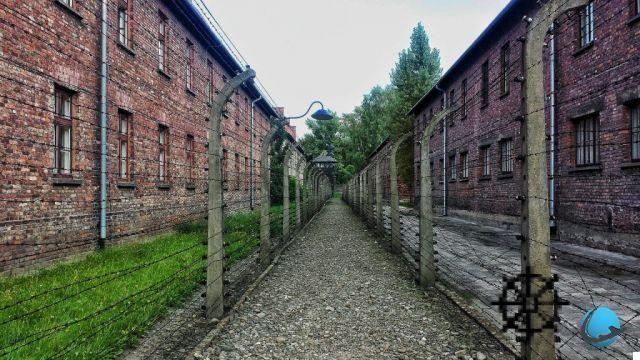 The Auschwitz-Birkenau camp to do for remembrance tourism

Fighting racism with a museum is possible!

Racism has manifested itself elsewhere in the world. In South Africa, near Johannesburg, a museum tells about the apartheid regime. The visitor is directed to a different entrance depending on whether it is black or white. Everything is done so that the visitor cannot remain indifferent, which makes the visit totally overwhelming.

Also part of remembrance tourism, prisons are gradually opening up to the public. It can also be a question of visiting places of safety, steeped in history, as prisons that have become museums or even ... hotel!

One of the most famous prisons is Alcatraz, in the San Francisco Bay Area. Its visit lasts two hours and allows you to visit The Rock, the rocky outcrop on which is built America's safest penitentiary and between 1934 1963.

Other prisons like the one in Melbourne can be visited. In Canada, it is even possible to sleep there overnight. Each detainee is given an incarceration sheet, a package and an area in which to spend the night. A fairly extreme form of tourism, which shows a drift in this type of tourism.

In London, one of the most visited monuments is undoubtedly the Tower, which exposes the instruments of torture and the means of execution in the Middle Ages. In France, a fort was made famous by Alexandre Dumas: the Château d'If in Marseille.

Another way to visit our history

Remembrance tourism therefore makes it possible to discover the darkest hours in human history ... Do not hesitate to visit them during your holidays, but also during Heritage Days. And you, have you ever practiced memory tourism?

Rental of ski and snowboard equipment on the Internet ❯

Vienna or Prague: a match between the capitals for a better city-trip!

Travel with peace of mind

Add a comment from Remembrance and commemoration tourism: what is it, which places to visit?