Your tour starts from Westminster Abbey, which is none other than the finest Gothic building in Britain and still used for daily worship and royal function. The Abbey was a Royal Mausoleum for many centuries in 1066 when William I was crowned in the Abbey. The Abbey was rebuilt in 1220 in the Gothic style, and the Henry VII chapel (1503-1519) is one of the finest examples of the Gothic perpendicular. 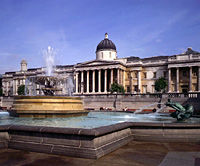 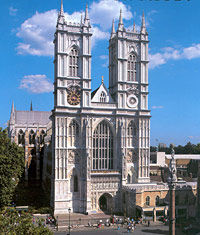 Descend to the Palace of Whitehall in the Banqueting House. It was built in 1619-22 by Inigo Jones of James I Stuart in the Palladian style. His son Charles I went on to lavishly decorate the Royal Palace, a sight widely used for masks, plays, balls, and other ceremonies for the queen and king. Inside its impressive palace hall is a ceiling decorated by Rubens in 1629 celebrating the triumph of James I.

Enter Trafalgar Square, then cross the National Gallery. With Nelson's Column in the center you can see through the Admiralty Arch the way to Buckingham Palace. The National Gallery was opened in 1838 to house one of Europe's largest collections of old master paintings. The Renaissance Italian, Flemish, Dutch, Spanish, French, English and German works by their great artists are displayed. You can see works by the famous Jan Van Eyck "Arnolfini Wedding", that of Piero della Francesca which is magnificent "The Baptism of Christ", of sensual Botticelli for the "Mars and Venus", of Leonardo da Vinci with "Madonna of the Rocks ", breathtaking Ruben with the "Straw Hats", Rembrandt moves past the self-portrait and the great French Impressionist collection with Renoir, Monet, Pissarro and Cézanne.

This private in-depth tour is prepared by an English speaking guide specializing in art history. Please list any special interests you have (art, architecture, history, culture) at the time of booking to alert our guide, so he or she can better prepare for your private tour.