Praia do Forte – From coconut palms to the protection of turtles

Miles of beaches lined with coconut palms. At first sight, Praia do Forte looks like postcards.

The occupation of this northern part of the coast of Bahia dates back to the end of the XNUMXth century and the region developed thanks to the plantations of coconut palms.

Our favorite activity: Day trip to Praia do Forte 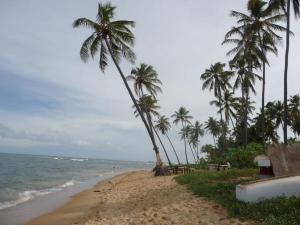 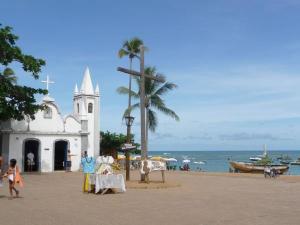 The Tamar turtle protection project has made it a popular resort.

Thanks to this project born in the early 1980s, scientists are trying to protect sea turtles on more than 1000 km of Brazilian coastline.

In Praia do Forte, the turtle has clearly become an object of commercial exploitation, but the money raised goes to the Tamar project, and the visit to the site remains instructive.

Thus, 80% of the baby turtles born in the state of Bahia are female… In addition to pollution and fishing, young turtles sometimes die disoriented by the light coming from hotels and restaurants along the beaches.

They can no longer find the sea… and their mother. 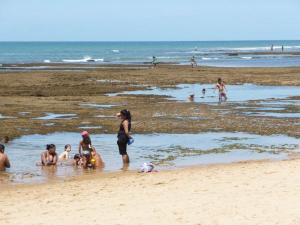 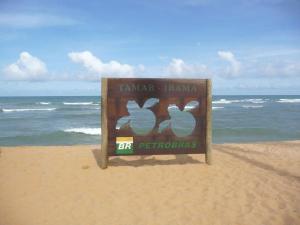 Restaurants and tourist shops take advantage of this to increase prices considerably compared to other villages on the coast.

Even so, Praia do Forte remains a welcome stopover for tourists and locals alike to escape Salvador. 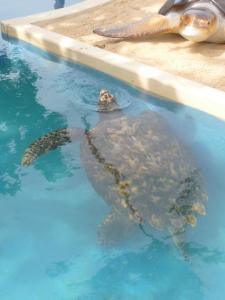 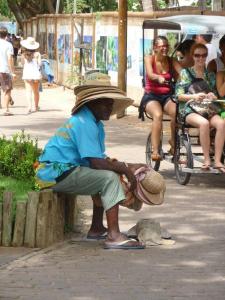 The natural pools make the resort pleasant for families and children.

For romantic weekends, couples will also appreciate the private beaches to the north of the village, which belong to more or less luxurious hotel complexes.

Check the tide times carefully, because when the tide is high the beaches of Praia do Forte shrink quickly…

And you can quickly find yourself without the sun stuck under a coconut tree. Not so bad after all when the temperature often exceeds 35 degrees!