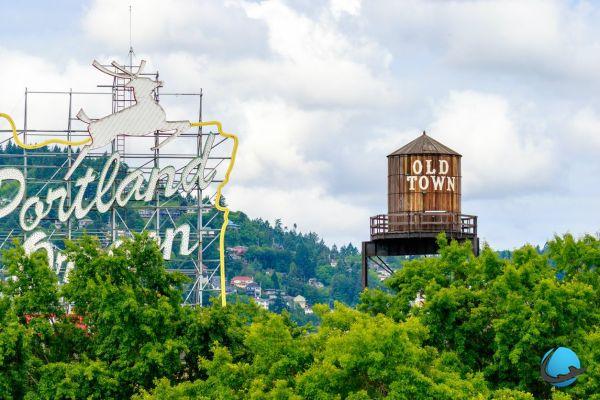 Why is Portland called the City of Roses?

The largest city in Oregon, Portland continues to seduce and attract many American and foreign tourists. Coming from all over the world to admire what is nicknamed “the city of roses”, none can resist the charm of Portland!

Her success, she derives from her many parks and gardens. Huge green spaces with very varied decorations inspired by Japanese and Chinese style. But also gardens full of roses which gave it this romantic nickname, “the city of roses”, and which have become one of the favorite attractions of tourists.


Nature in the heart of the city

There is no shortage of green in Portland! And for good reason, the environment is very important for one of the most ecological cities in America.

For a breath of fresh air, the capital of Oregon remains the flagship destination. This is often why Americans do not hesitate to cross the country to go for a walk in its streets. Beyond the advocated air quality and respect for the environment, Portland is also the opportunity to discover vertiginous bridges, trendy bars and historic places.

The incredible panoramas of Portland's parks

15 hectares of green spaces are just waiting for you. And you may well be surprised by their incredibly elaborate decoration. Thus, in the Chinese Garden, there is a space totally respectful of the Chinese style. An adventure full of poetry, essential to perform, and rarely missed by visitors.

Le Japanese American Historical Plaza is also causing a sensation and we understand why. The Japanese trees combine perfectly with the historic side of this park, which is located by the sea. Panoramas that open either to the sea or to the mountain, but always to the delight of tourists.

The local gastronomy, the small dishes in the big ones

After getting lost in the streets of Portland, its parks or on its multiple bridges, you can take a (well-deserved) gourmet break. And that's good because there is something for everyone!
Street food, more sophisticated gastronomy, donuts or even the specialty - its honey - the city offers a wide choice.

For sweets lovers, do not miss the Voodoo donut which is by far one of the best. To accompany your meal, a drink is all the rage at the moment in the city, it is beer. So much so that Portland was offered a new nickname, less romantic than the one mentioned above, but just as evocative: “Beervana“, Or the nirvana of beer.

A typical atmosphere, incredible parks between sea and mountain and food for everyone: Portland definitely has it all.

Porto or Lisbon? Which destination is right for you? ❯

The 12 most beautiful photos of abandoned places in New York

City Museum St Louis: the craziest playground in the world

10 things to do in Las Vegas, the gambling capital of the world

How to prepare for your visit to national parks in the USA?

Add a comment from Portland: the new rising destination in the USA