Perth and Fremantle in Australia

Capital of Western Australia, Perth is, according to its inhabitants, the most pleasant city in Australia.

The majority of the inhabitants (80%) of the huge western state live in this region.

It was in 1829 that a colony was established on the banks of the Swan River and as at Sydney, Perth was first a penal colony.

About twenty kilometers to the south is Fremantle, a port suburb of Perth, which still contains many old buildings. 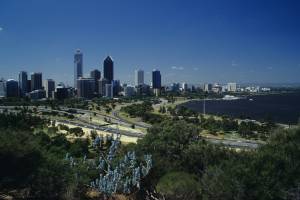 Perth from the botanic garden

Perth is a compact city and whose center is easily visited on foot.

Most of the old buildings are near Government House, with pleasant gardens around it.

Not far away, Hay Street will delight shoppers.

Do not miss the “Western Australia Museum”, a few minutes from the centre.

The Kings Park Botanical Garden, with its views of the city's skyscrapers and its 2000 species of plants, is a very pleasant and informative walk that can be done on foot or by bike.

Perth is famous for its beaches and surf spots.

Along the coast and at the mouth of the Swan River, the choice is vast, from the calm and supervised beach to the surf beach with its sometimes dangerous rollers.

You can also go to some offshore islands, such as Carnac Island or even Rottnest Island.

You can also take a river cruise to visit the Swan Valley vineyards.

If Perth is a modern and dynamic city, which has a lot to offer in terms of culture and entertainment, Fremantle is quieter.


It is an ideal place to stay for visiting Perth, train connections are fast and regular. 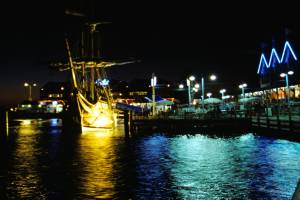 Fremantle, or "Freo" to the locals, is still a busy port and sees many emigrants arrive during the time of boat travel.

Today, visitors and locals alike enjoy the waterfront restaurants and cafes in a friendly atmosphere.

Life is good in Freo.

On South Terrace, you will certainly find your culinary happiness and not far away, the “Fremantle Markets” is also a sought-after destination for a walk, in a flea market atmosphere.

Maritime history buffs will visit the Maritime Museum, which tells the fates of the many West Coast shipwrecks, the most famous of which are Dutch ships, the first to explore this isolated region.

The excellent "Museum and Art Centre", in a former lunatic asylum, is a mine of historical information on the colonization of Western Australia. 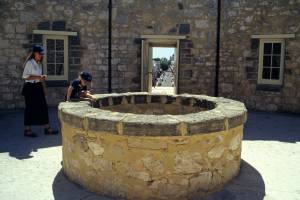 Among the old buildings of Fremantle, the "Round House", the oldest public building in Western Australia, offers a beautiful view of the coast and the islands in the distance.

The beauty of the site does not make us forget that these places served as a prison for the Aborigines who were deported to Rottnest Island to make room for the settlers.

Take your time to discover the cultural riches of this region which still retains the spirit of the pioneers while reconciling more and more with its Aboriginal inhabitants, who were numerous here when the Europeans arrived.

Whether you want culture, sport or relaxation, Perth or Fremantle have everything to offer.

add a comment of Perth and Fremantle in Australia