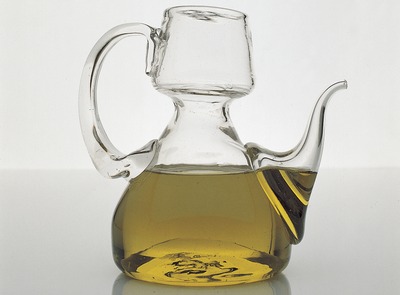 Olive oil is one of the main ingredients in Mediterranean cuisine and an indispensable element in traditional Catalan cuisine and food. There are currently four Protected Designations of Origin, the PDO of Les Garrigues, the PDO of Siurana, the PDO of Terra Alta and the PDO of Baix Ebre-Montsià, without forgetting the PDO of Empordà, in way to obtain community recognition.

Visiting the olive grove areas, at the end of autumn and beginning of winter, when the olives are picked and pressed at the mill and the new oil appears, is a great way to approach the culture of olive oil. oil, while enjoying a unique spectacle.

The Garrigues PDO includes the counties of Les Garrigues, El Segrià and L'Urgell. Arbeca , the forest , Els omellons , l'Espluga Calba , Fulleda , Vinaixa ou l'Albi are some of the localities in the region that have not yet lost the charm of dry farming villages. In the middle of the harvest campaign (from November to January), it is easy to come across the workers who are combing the trees with a scraper to make the olives fall on the covers, used to collect them, and who are constantly going back and forth. returns with their tractors, from the fields to the cooperatives.

There are more than twenty-five cooperatives and some can be visited, such as that of Cervià de Les Garrigues , the Espluga Calba or that of Sant Isidre, at Les Borges Blanques. In each of them, the oil protected by the denomination is produced there, in other words, extra virgin oil and coming from the Arbequina olive, with an acidity of less than five tenths.

In Borges Blanques it is also possible to visit the Oil Theme Park, where you can see ancient olive presses and up to fifty-four thousand-year-old olive trees, among which is said to be the oldest in the world. world, dating back 2200 years. Other oil culture dissemination centers are those of Castelldans, where there is a small museum dedicated to oil, and the Pobla de Cérvoles , called the Oil Ecomuseum.

<br>• The olive trees populate , for millennia, the Catalan lands, and their fruits have been and still are the primary essence of our traditional cuisine. What would Catalan tomato bread or a salad be without a drizzle of oil? Not to mention the escalivades (braised vegetables), grilled meats, romesco sauce or garlic garlic. This golden liquid enriches, day after day, our dishes, but also the landscapes, the villages and the festivals of the places where it is produced.

<br>• It is demonstrated that extra virgin olive oil helps to reduce the level of bad cholesterol and thus reduces the danger of arteriosclerosis. Experts say that the oil improves the functioning of the pancreas and stomach, protects the epidermis and stimulates bone growth. In addition, thanks to its high vitamin E content and the antioxidant effect that this vitamin has, the oil is particularly recommended for children and the elderly.

<br>• Many are the feasts related to the oil that are celebrated throughout Catalonia during the months of November, December and January, during the harvesting, pressing and finally bottling campaign of the first oil of the year, the olive oil New.

What does the label say?

Reading the label of an oil is a wise move to find out where it comes from. If the words oli d'oliva verge (virgin olive oil) appear there, it is because it is a good and natural oil. If, in addition, the word extra appears in it, it means that it has a maximum acidity of 0,8 degrees, a fact that guarantees its quality. If it says refinat (refined), that means it's processed oil, but also edible; if, in exchange, she says oli d'oliva (olive oil) it means that it is a mixture of refined oil and virgin oil.

Most of the Catalan oil production centers operate as cooperatives and are fed by the olives brought by their associates. A large number of these cooperatives were founded at the beginning of the last century, mainly for the marketing of oil, wine and dried fruits. Some of the buildings that house them are real architectural gems of modernism.

LAND OF THE EBRO