Explore the vibrant Bavarian city of Munich on a relaxing day trip from Frankfurt! You'll travel aboard a luxury coach to Munich, where you'll enjoy a guided tour of the sights of the city famous for its beautiful architecture, Bavarian charm and, of course, its annual beer festival (Oktoberfest ). If you don't have much time to spend in Germany, this tour is the easiest way to see Bavaria's capital and see top Munich attractions, including Munich's Cathedral of Our Lady (Frauenkirche), the world famous Hofbrauhaus, the old town hall at Marienplatz, as well as the German Museum (Deutsches Museum). 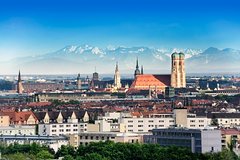 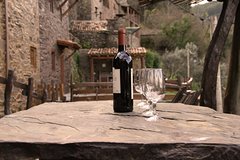 After boarding your air-conditioned coach in Frankfurt, you'll travel approximately 395 km south to the famous German city of Munich. The Bavarian capital has become world famous for its beer, its Weisswurst (white sausage) and its Lederhosen (leather breeches), but there is so much more to see and discover!
Upon arrival, enjoy a guided city tour in a double-decker bus, during which you will experience Munich's unique Bavarian charm. Admire the magnificent Munich Cathedral of Our Lady (Frauenkirche), and marvel at the famous carillon of the Old Town Hall in Munich's most famous square, Marienplatz.
Move on to another landmark in Munich's charming old town, the Hofbrauhaus – known as the largest beer hall in the world. Passing by some of the city's most popular museums, you'll learn about the science and technology exhibits at the German Museum (Deutsches Museum), and the famous art collections at the New and Old Pinakothek (Neue und Alte Pinakothek) .
During your Munich city tour, you'll also see the picturesque English Garden, visit the Baroque Nymphenburg Palace, and pass by the impressive Olympic Park, a former Olympic Games site that houses the futuristic BMW Welt Center.
Before returning to Frankfurt, you'll have time to spend on your own for self-sightseeing and shopping. And while you're exploring Bavaria's capital, don't miss the chance to sample typical Bavarian beer and sausages!

Day trip from Munich along the Romantic Road Rothenburg to Harburg ❯

add a comment of Munich day trip from Frankfurt