Milan or Rome: where to go for your next city break? 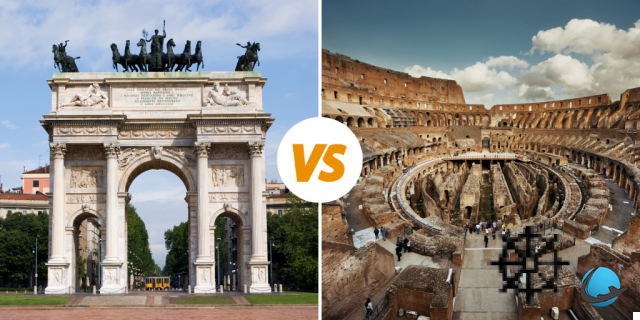 Milan vs Rome: the comparison criteria

Do you want to be sure of having made the right choice between Milan and Rome? Why not base yourself on selection criteria, which take into account tourist assets and also other factors such as the climate, the cost of living or the budget as well as the types of activities available?


As a reminder, Milan is not only a metropolis in the Lombardy region, but also a world capital of fashion and design. It is a popular city getaway destination for its upscale shops and restaurants, but also for its superb monuments which also hide magnificent works of art.

As for Rome, the Eternal City, it is among the most visited city tourism destinations in the world. And for good reason, difficult to compete with this real open-air museum and its emblematic monuments and cultural sites as well as the joy of experiencing Italian dolce vita.

To make sure you get the most out of your city break, it is better to choose the city that offers the best climatic conditions, with the greatest number of sunny and pleasant days.

Due to its geographical location which gives it a Mediterranean climate, characterized by mild winters, hot and sunny summers and particularly pleasant transition seasons: it is undoubtedly Rome which has the most pleasant weather. Indeed, the continental character of the climate in Milan makes the winters rather harsh and humid, and the summers hot, with quite high temperatures. Which puts her at a disadvantage in this match against Rome. 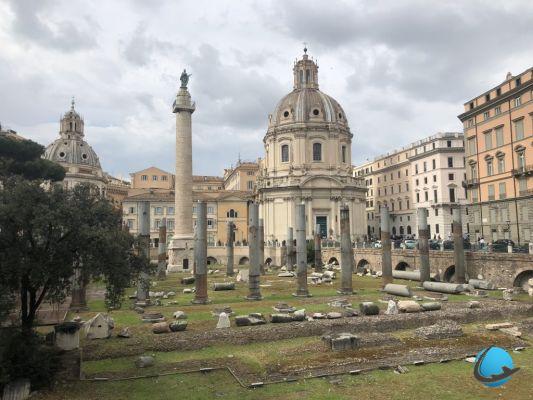 In order to find the preferred destination for a traveler with a fairly tight travel budget, our analysis is based on the price of the cheapest airline tickets during the low and high tourist seasons.

The cheapest round trip average price: Milan and Rome

Indeed, these two destinations are interesting because if Milan takes the advantage during the low season, with cheaper plane ticket prices, Rome gains the upper hand during the high season. The prices of plane tickets are advantageous compared to those of flights to Milan, at the same time.

On the other hand, Milan is obviously more interesting if you prefer to travel by car.

The destination to choose according to your budget on site

For a fairly tight travel budget, the criterion of choice is based on the costs of living during the stay. Which one in Milan or Rome is the most interesting budget question on the spot?


The cheapest city: Milan and Rome

As Milan and Rome are relatively expensive cities, the difference is hardly noticeable for a weekend getaway or for just 2 or 3 days. And even if in general, the budget for a stay of two weeks or more makes a difference, it turns out that the budgets for these two destinations remain practically identical, with a few tens of euros close, sometimes to the advantage of Milan, sometimes to the advantage of Rome. This is why these two destinations are tied.

Which of Rome or Milan is the most interesting well-being question? To find out, it suffices to take an interest in questions of safety, health and the quality of life in general.

It's good to live in Milan

Despite its share of petty criminals, Rome remains a safe city, as long as tourists follow basic safety guidelines. In addition, the sweetness of Roman life has earned the city its place among the most livable cities in the world. On the other hand, according to the business daily “Il Sole 24Ore”: Milan is a city where life is good and in 2018, the city was ranked first city in Italy for its quality of life. Despite pollution and traffic jams, Milan remains attractive for its safety and its urban environment which promote a better quality of life.

Which city to choose according to travelers' opinions: Milan or Rome?

If you're still having trouble making up your mind, you can also rely on the reviews of travelers who have had a successful stay in Milan or Rome.

We can expect opinions to differ when it comes to deciding between Milan and Rome. So know that 5 out of 10 city break enthusiasts prefer Rome to Milan. This is because both of these destinations appeal to everyone. Fans of cultural discoveries and many religious sites lean towards Rome, while fans of shopping and window shopping naturally turn to Milan. 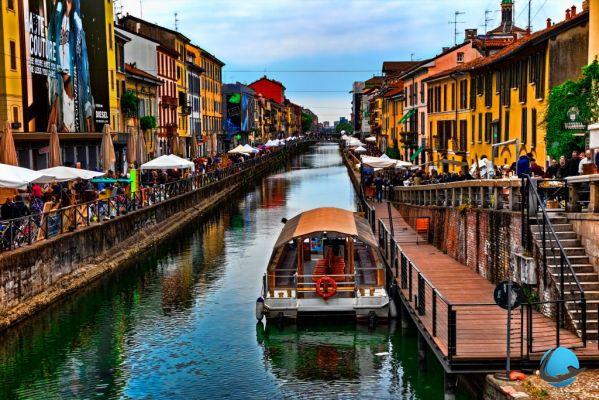 Which destination to choose for a weekend or a week: Milan or Rome?

Which destination to choose according to the time you have available: Milan or Rome? To answer it, you just need to find out what activities to do during that time.

For a romantic weekend, Milan and Rome are tied

Milan and Rome are perfect destinations for romantic getaways, for a weekend. And for good reason, these two cities favor a cultural and romantic stopover, with the possibility of making an escape in the neighboring villages. In addition, there are the many restaurants and hotel infrastructures that favor romantic encounters. On this point, Milan and Rome are tied.

For a stay of one week or more: Rome

With its many monuments, sites of cultural interest and other tourist activities to do in Rome, the capital of Italy continues to surprise travelers who reside for a week or more. It is possible to combine a cultural stay with a romantic stay. And with children, Rome's beautiful beaches, located just a stone's throw from the city center, tip the scales in favor of the Eternal City.

Which destination to choose according to the time you have available: Rome or Venice? To answer it, you just need to find out what activities to do during that time.

The city with the most UNESCO listed sites: Rome

Rome is unbeatable in terms of UNESCO heritage sites. Indeed, 6 of the 52 Unesco sites and monuments in Italy are in Rome. You will discover the historic center of Rome (where to discover the unmissable Colosseum, the Roman forums, the gigantic baths of Caracalla, etc.) as well as the extraterritorial properties of the Holy See inside the city and the Basilica of San Paolo Fuori le Mura (Saint-Paul-hors-les-Murs). You can also visit monuments from Roman times such as

In Milan, you will have the opportunity to learn more about one of Unesco's world heritage gems: the "Church of Santa Maria delle Grazie". This building houses The Last Supper: one of the most famous paintings of the Italian Renaissance, painted by Leonardo da Vinci.

The most cultural destination: Rome

Although the city of Milan has many monuments, such as the Gothic Milan Cathedral (the Duomo), the Sforza Castle, the famous Scala or the Convent of the Church of Santa Maria delle Grazie, it is difficult to compete with Rome.  Rome is a real open-air museum, with so many monuments and sites to discover. 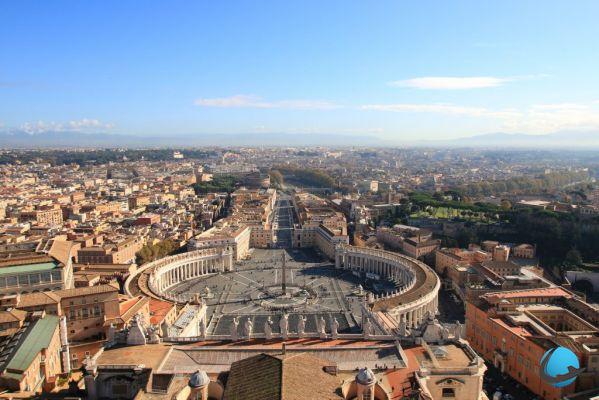 So which is your choice: Milan or Rome?

Milan or Rome? Now that you have several answers, all you have to do is designate the winner according to your passions, your expectations and even your constraints. Only, we are curious to discover your choice, so share it in the comments!

Mirepoix: journey to the land of gastronomy ❯

Timeless and gourmet: Why visit Sardinia?

Rome or Florence: which destination suits your passions?

Verona: what to visit, what to do? 12 things not to miss

Add a comment from Milan or Rome: where to go for your next city break?