Michelangelo in Rome: in the footsteps of the artist

Are you planning a trip to Rome? Good idea ! The only problem: you don't know where to start your visit. Rest assured, we have designed the program for you: Rome XNUMXth century version, at the time of Michelangelo. A cultural stay in the heart of the Italian Renaissance, discovering the monuments and works of this incomparable artist! Follow the leader…

Michelangelo, real name Michelangelo by Ludovico Buonarroti Simoni (1475-1564), is undoubtedly the greatest genius known to the 16th century! Painter, architect, sculptor… but also a poet, he is at the origin of many masterpieces visible in Italy in particular. During your stay, you will be able to discover all the talents of this fascinating artist ! 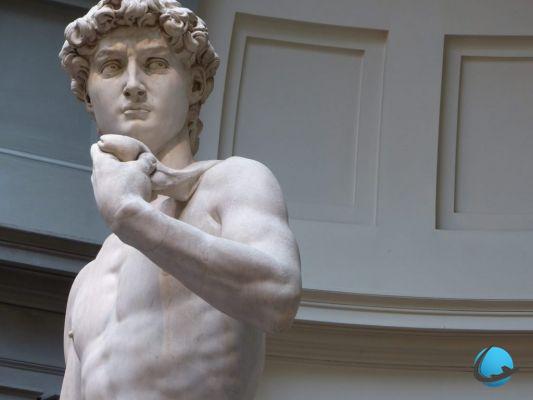 Symbol of the Renaissance, Rome was a very important city in the 16th century and the essential place for the training of artists. It is in the Italian capital that Michelangelo arrives at the age of 21 and will give free rein to his know-how. The various Vatican popes have indeed commissioned many works from him. Follow in the artist's footsteps by visiting the scene who took advantage of his artistic genius.

Michelangelo and sculpture: a love of youth

Public chat the square of San Pietro in Vincoli, you will be able to discover the unfinished tomb of Julius II that Michelangelo made shortly before the Sistine Chapel project. The detail and the craftsmanship of the mausoleum are impressive and reflect the incredible genius of the artist. You will discover there the imposing sculpture of Moses, as well as those of Rachel and Leah. These sculptures have often been altered for forty years.

In the Panthéon district, go to the Basilica of Minerva to admire the statue of the Risen Christ. Sculpted by Michelangelo, the statue was however completed by his students. Finally, in the Vatican, in St. Peter's Basilica, go see the wonderful Pietà. The artist's youthful work, it was completed when he was barely 25 years old. You will be struck by the contemplation expressed by the face of the Virgin in front of her dead son whom she holds in her arms. 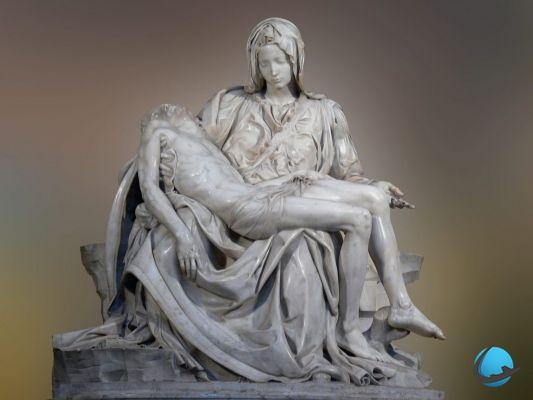 Michelangelo and painting: The famous frescoes of the Sistine Chapel

Still in the Vatican, visit the unmissable Sistine Chapel. It has magnificent frescoes made by Michelangelo at different times in his life. On the vault you can admire scenes from Genesis, including the very famous Creation of Adam. The Last Judgment, an incredible painting made shortly before the artist's death, can be found on the back wall of the Chapel. The fresco is so obscure that only the style allows us to say that it is by Michelangelo. Reflection of the last years of the artist's life which were tinged with melancholy, it is a tortured but magnificent work!

During your visit, you can opt for an audio guide in order to better understand the history of the Chapel. A real journey through time will take you to the heart of Michelangelo's most emblematic work. 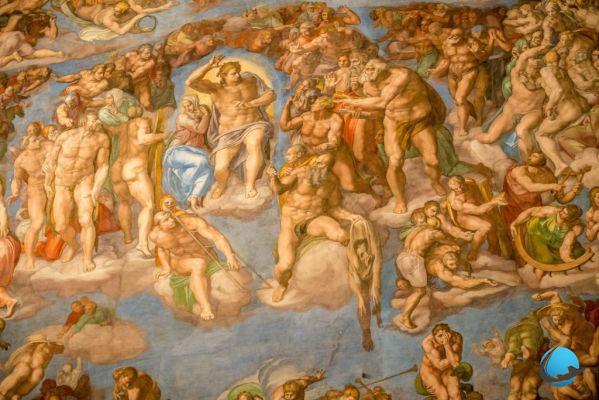 Michelangelo and architecture: the end of the artist's life

Once the tour of the artist's “Vatican” works has been completed, enhance your stay with a discovery of the architectural works of Michelangelo. Indeed, at the time, artists were often also architects. If Michelangelo participated, for example, in the design of St. Peter's Basilica and the Palazzo Farnese, these different projects were taken up by other artists, and some never saw the light of day. 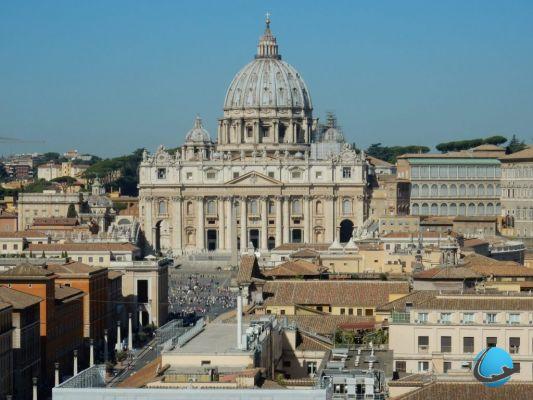 Alone the place du Capitole, located on one of the Seven Hills of Rome, reflects Michelangelo's idea of ​​architecture. Although he did not see the square in his lifetime, it was he who designed it. A sort of setting for the statue of Marcus Aurelius, it is well worth St. Mark's Square in Venice! Harmonious and balanced, it is one of the emblems of the wonderful city of Rome. The Porta Pia was also designed by Michelangelo. Today, it houses the historical museum of Bersagliers, dedicated to the body of the Italian army. You can also contemplate it from the outside to admire the creation of the master.

In the footsteps of Michelangelo ...

Considered one of the greatest artists of his time, Michelangelo spent many years in Rome. By following in his footsteps, you will certainly be dazzled by his genius! In order to prepare yourself as well as possible for your visit, you can read our complete guide to the Italian capital. The Vatican website will also allow you to organize your discovery of the Sistine Chapel and even to visit it virtually. Finally, discover our best photos of Rome… before plunging into the past alongside Michelangelo Buonarroti!

Milan or Rome: where to go for your next city break? ❯

Discover Ischia, the most beautiful island in Europe

Verona: what to visit, what to do? 12 things not to miss

10 things not to miss in Sardinia (in photos)

Add a comment from Michelangelo in Rome: in the footsteps of the artist