With this one-day package, combine a visit to the Tower of London with a cruise on the Thames. You'll discover two of London's top attractions, while planning your day of sightseeing at your own pace. 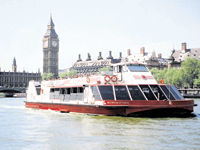 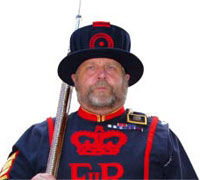 Tower of London
Home to the Crown Jewels, the Tower of London with its dark secrets, where the priceless jewels sparkle in the fortified vaults. Founded by William the Conqueror in 1066, extended and modified by successive rulers, the Tower of London is one of the most famous and spectacular fortresses in the world. Discover its 900 years of history as a royal palace and fortress, prison and place of execution, armory, menagerie and jewel chamber.

Thames River Cruise
The best way to see the monuments and splendor of this great capital is from the deck of a boat. The Thames weaves its way through London, with a story at every turn.

You'll experience the sights and splendor of this great city from the comfort of an all-weather, wheelchair-friendly RiverLiner hotel, with open and spacious upper decks, lower lounges with panoramic windows. Enjoy two bars offering refreshments, snacks and alcoholic beverages.

Cruises depart frequently from Westminster Pier, Waterloo (London Eye) Pier, Tower and Greenwich Pier. The shortest of trips between stacks take about 30 minutes, while the full round trip takes 2 hours.


Last full boarding for the round trip. Additional departures operate from April to October.

Return details:
The shortest trip between stacks takes about 20 – 30 minutes, while the full round trip takes about 2 hours

add a comment from London Tour and Thames River Cruise