London or Paris: which destination will dazzle you the most? 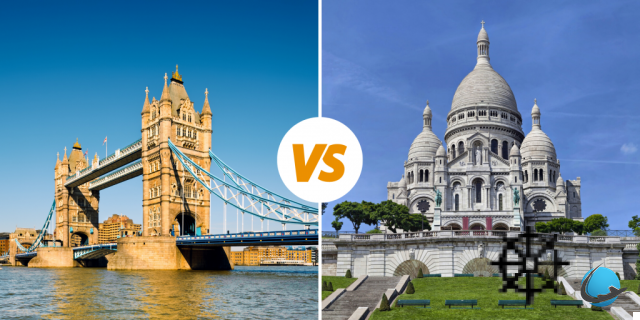 Which of London or Paris is the preferred destination for its cultural attractions and the activities to do, whether you are solo, as a couple or as a family, for a weekend getaway or for a stay of a week or more? ? Here are some answers that will allow you to choose easily.

London VS Paris: the comparison criteria

If you are faced with a choice dilemma, then consider looking for other factors that can influence your opinion. In this London VS Paris match, we will also take into account the climate, cost of living or budget as well as the types of activities available. Are in the running:


London, the capital of England and the United Kingdom, is an attractive city that appeals to all those who love city breaks. This city has a large number of monuments and cultural sites, and offers various activities such as cruising on the Thames or visiting its iconic museums.

Paris, capital of France and designated European capital of culture in 1989, is unmissable. This city has many cultural and historical monuments, various attractions and curiosities as well as activities such as the legendary boat trip on the Seine: making it the perfect destination for a solo, romantic or family trip.

To make the most of your urban getaway, it is better to favor the city which offers the best climatic conditions, with the greatest number of sunny and pleasant days.

Paris, endowed with a degraded oceanic climate, with a slight continental influence, can be visited in all seasons. The Parisian winters are mild but slightly humid, the summers hot and sunny (see the details month by month), the transitional seasons rather pleasant. The climate in London is quite poor compared to that of Paris, which is why the city of Paris wins the first point. 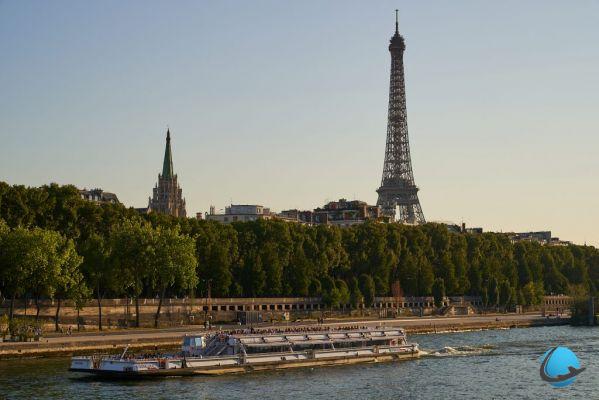 Against all odds, flight prices to London are more affordable than those to Paris. Of course, the costs of a flight vary depending on the city of departure, but in general, the price difference between a return flight to London saves 9 to 45 € compared to the price of a flight A / R for Paris, for all seasons. It is therefore London which holds the victory as regards the cheapest average return / return price.

For a fairly tight travel budget, the criterion of choice is based on the costs of living during the stay. Which of London or Paris is the most interesting in terms of budget on the spot?

Since these destinations are characterized by a high standard of living, the difference is hardly noticeable for a weekend getaway or for only 2 or 3 days. But when you look at the budget for a two week stay for 2 people, then it turns out that the city of Paris is cheaper compared to the city of London. If the English capital is favorable to backpackers, it is Paris which is interesting for a traveler with a medium or high budget..

London or Paris: which destination is the most interesting in terms of well-being? To find out, it suffices to take an interest in questions of safety, health and the quality of life in general.

It's good to live in London

Even if life in London is relatively expensive compared to that of Paris ... in terms of quality of life, the English capital wins the prize for the most pleasant city to live in. Moreover, the city of London was voted the best city break destination by the TripAdvisor site in 2019.

Which city to choose according to travelers' opinions: London or Paris?

If you're still having trouble making up your mind, you can also rely on the reviews of travelers who have had a successful stay in London or Paris. 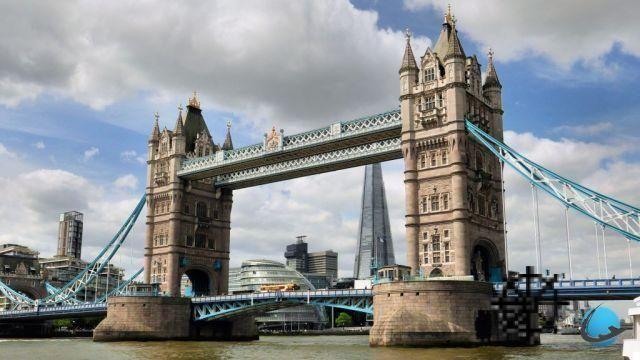 Which destination to choose for a weekend or a week: London or Paris?

Which destination to choose according to the time you have available: London or Paris? To answer it, you just need to find out what activities to do during that time.

For a romantic weekend, prefer Paris and London

In this match between the capitals, Paris and London come out the winners. Indeed, these two destinations lend themselves to a romantic weekend. These two cities are full of places and activities for romance: the boat trip on the Seine to Paris and the cruise on the Thames to London. These two capitals also have many gourmet restaurants, suitable for one-to-one dinners.

READ ALSO :
• What to do during a romantic weekend in Paris?
• Weekend in London: an itinerary for 3 days!

For a week, prefer London and Paris

Given the number of activities to do in the two capitals, it is once again difficult to decide between London and Paris. What is certain is that you will not have time to get bored no matter which destination you choose, whether you go there solo, as a couple or with your family. It is quite possible to alternate cultural discoveries with various entertainments.

The interest of a pleasant stay lies in the diversity of activities to do and in the satisfaction of discovering many places, tourist sites and culture.

The city with the most UNESCO-listed sites: London

On the other hand, Paris has only one site classified as World Heritage of Humanity by Unesco: the banks of the Seine, from where you can see among others the Louvre, the Eiffel Tower, the Place de la Concorde, the Grand Palais, the Petit Palais, the Notre-Dame cathedral and the Sainte-Chapelle.

The most cultural destination: London and Paris

The cities of London and Paris are among the most popular destinations for foreigners visiting Europe. And for good reason, they both arouse cultural and historical interests that make them unmissable in the eyes of visitors. London offers the promise of a visit that is both cultural and architectural, but it is difficult to compete with the many monuments and museums in Paris, among others: Notre-Dame de Paris cathedral, the Sacré-Cœur basilica in Montmartre, the Eiffel tower and the Arc de Triomphe, the Louvre and Orsay museums, etc. In addition, these two cities are all world fashion capitals, just like Milan or Tokyo ... 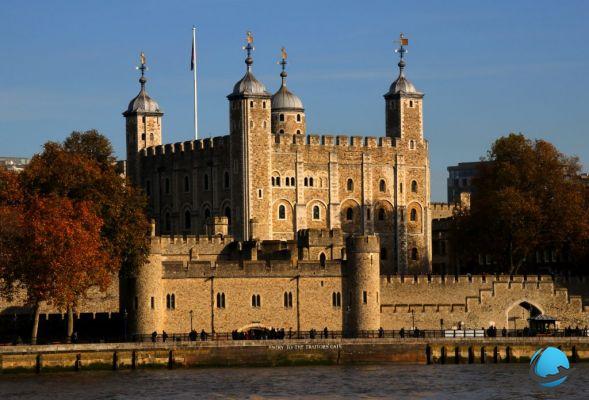 London, The Tower of London

So which is your choice: London or Paris?

Now that you have other factors that can influence your decision, all you have to do is choose the city that charmed you the most! London or Paris? Whatever your preference, we are curious about your choice, so share it in the comments!

Long weekend in Lisbon: visit the city in 3 days ❯

Travel to the Mediterranean: Why go to Malta?

Add a comment from London or Paris: which destination will dazzle you the most?