London by water: the Regent's canal 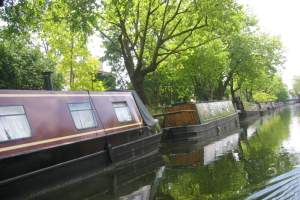 The Regent's Canal is one of London's best kept secrets…

This discovery of the city along the water is totally ignored by traditional tourist circuits.

Lined with weeping willows and gardens, crossing the capital's most beautiful parks, the Regent's Canal allows you to rediscover certain areas of London from a unique angle, from Camden town to Paddington. 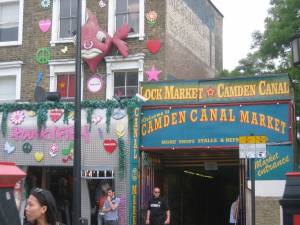 The boats leave from Camden Lock, a lock in the heart of the famous district of Camden town where one of the most visited markets in London is held.

Before boarding, stroll through this very fashionable area of ​​North London.

Today, the market has become so touristy that there are hardly any other trinkets for tourists, but the district remains one of the most dynamic in the capital, especially for nightlife.

It is here that there are the most trendy pubs and concert halls in the city. The facades of the houses are very colorful and you can get all the paraphernalia to become punk in these quirky shops! Notice to fans…

The arrival at the edge of the canal provides a stark contrast to the hectic activity of Camden. Just under the bridge, the barge awaits you for a peaceful and natural ride!

Our favorite activity: Visit of historic London and cruise 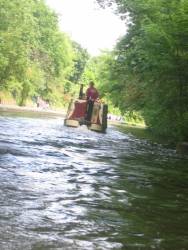 From Camden Lock, the boat takes the Regent's Canal towards Regent's Park and the London Zoo.

You can access the zoo directly from the canal, which allows you to skip the line at the main entrance and is a perfect way to get there if you have kids!

The regent's park was designed by the famous architect John Nash at the beginning of the 19th century.

It is one of the most beautiful and flowery parks in the capital. It is mainly visited for the zoo it houses, one of the oldest in the world.

If you are with your family, be sure to remind your children that this is where Harry Potter learned that he spoke the language of snakes... 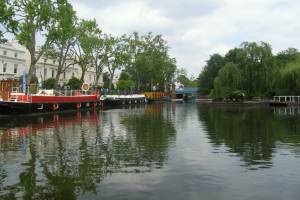 The boat then continues quietly along the canal to "little Venice", a charming basin connected to the Grand Union Canal which is reminiscent of a marina.


Before reaching this end point, the barge passes under many bridges and through a long tunnel.

Along the way, you can admire the magnificent 18th century houses that line its banks.

You can also walk or cycle along the canal and enjoy this peaceful enclave in the heart of London.

Hurry up to enjoy it, the canal is for the moment rather ignored by tourists and Londoners themselves, but it will not always be so...

To complete this walk, you can visit the museum dedicated to the London canal.
London Canal Museum
informations : www.canalmuseum.org.uk
Metro: King's Cross

add a comment of London by water: the Regent's canal