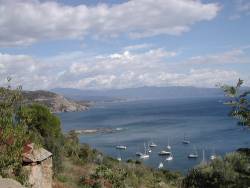 Located at the northern end of the Gulf of Sagone, the village of Cargèse deserves a stop between Ajaccio in the South and Porto in the North.

You get there by the road that winds along the coast. At each bend, the panoramas are more sublime than each other.

Overlooking the sea, the village is immediately recognizable by the specificity that made it famous: two churches facing each other. One Latin, the other Greek (Catholic of the Eastern Rite). 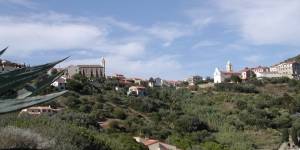 This unprecedented situation is explained by the turbulent history of the village.

A Greek colony was indeed established in Cargèse in 1773, a refuge from the Turkish occupation of the Peloponnese!

The rebellions of the Corsican inhabitants against what they perceived as a foreign occupation of their land are now a long way off. Symbol of communion, the same priest officiates today in both churches. 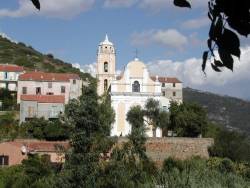 Do not hesitate to visit the interior of the Greek Church. It houses an iconostasis, representations of saints dating from the 16th century.

The Latin church is decorated with trompe l'oeil decoration. From the terrace, the view of the Gulf of Sagone is breathtaking. 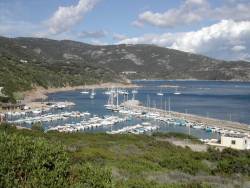 Then stroll through the sloping streets of the village to the small port of Cargèse.

From here, departures for a boat cruise in the Scandola nature reserve, passing through the creeks of Piana and the Gulf of Girolata, will be offered to you.

Given the extraordinary beauty of these places, we can only recommend that you embark!