Located between two rivers, the Sègre and the Valira, in the middle of a plain overlooked in the distance by a magnificent cliff, La Seu D'Urgell is another important town in a magnificent mountain region with very beautiful pine and beech forests. , and century-old oak trees.

Many possibilities for walks are available to you from La Seu.

Religious center of the region, as evidenced by the monastery and the cathedral of Santa Maria of the 12th century, its museum conceals a real treasure:

a beatus with magnificent illuminations which dates from the 10th century.

A unique place in a grandiose nature 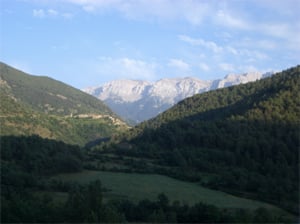 The town of La Seu d'Urgell is located in the middle of two of the largest natural parks in Catalonia:

the Hautes Pyrénées park and that of Cadi-Moixero which will delight mountain lovers.

La Seu is therefore an ideal base for visiting them.

You can also practice water sports in the facilities of the Cègre Olympic Park, which hosted the canoe-kayak competition at the Barcelona Olympics.

The monastery conceals a real treasure 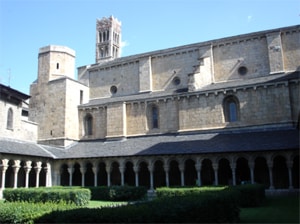 This late Romanesque cloister testifies to the return to pure lines carried out at the end of the Romanesque period after a more sought-after passage in the 12th and early 13th centuries.

Again here, the various buildings have been the subject of successive constructions, which is felt by observing the architectural details.

Thus, the 13th century cloister is accompanied by a 15th century church (Saint Michel) in the architecture of which one feels the Italian influence (cruciform pillars, columns) and a cathedral begun in the 12th century but completed around the 15th. what we see in the side arcades which present a cross vault, halfway towards the rib vault characteristic of the Gothic period.

Another peculiarity of the cathedral that you will see from the outside is this outer gallery around the central apse which is very rare for its time and which shows an advanced level of architecture in the region.


Do not forget to visit the Museum where you can admire a commentary of The Apocalypse of Saint John decorated with splendid illuminations and called Beatus. 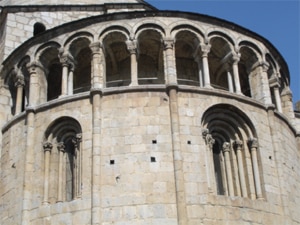 The city hosts many events such as the Joan Brudieu International Music Festival, the Musical Nights which take place in June and a large popular ball or Bla de la Sardagne where you can practice your learning of this traditional dance.

The town is committed to promoting craft practices through its accordion museum or the peasant museum and by organizing the annual Pyrenees cheese craft fair, an essential element of local gastronomy.