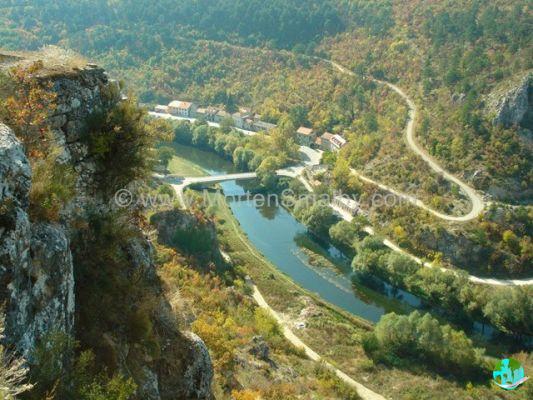 It seems that Knin is destined to enjoy a historic destiny above all else. In recent history, the capture of Knin by the Croatian army in 1995 as part of Operation Oluja (storm), marked the beginning of the reconquest of the country by the Croats. This date of August 5 is also the subject of a widely celebrated national holiday.

But reducing Knin to the status of a martyr city in recent history would be a mistake. Indeed, inhabited since prehistoric times, Knin is best known for having been the seat of Croatian kings from the XNUMXth century. Kings Trpimir, Muncimir, Svetislav, Drzislav, Zvonimir and Petar, so many first names unpronounceable by those uninitiated in the Croatian language and yet still used today, wrote history here and laid the foundations of present-day Croatia. Rich in vestiges of this time throughout the region, the Croatian archaeological society was also founded here.

Conquered by the Turks in 1522, it was after this period that the first Serbian refugees arrived. Recovered by the Venetians in 1699, Knin even experienced a short French occupation, between 1805 and 1813, from which came the communication network with the interior of the country.

It was after the Second World War that the ethnic structure of the population was deliberately changed and the city gradually became the center of Serbian separatism. Today, this city which has largely paid its tribute to recent history is trying to mourn its victims, whether they are Serbs or Croats. Stopping in Knin on the way to Zadar or Split will put the ideas in place for those who still think that Croatia is all about Zagreb and the coast.

See also our activity: Day trip to Mostar from Dubrovnik