Kangaroo Island: the island of kangaroos 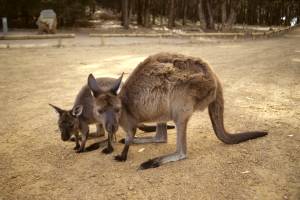 Kangaroo Island, 110 km southwest of Adelaide is the third largest Australian island and almost a third of its surface is classified as a park or nature reserve.

It is a place of great biological richness.

Kangaroo Island, 110 km southwest of Adelaide is the third largest Australian island and almost a third of its surface is classified as a park or nature reserve.

It is a place of great biological richness.

Arriving by ferry in Penneshaw from Jervis Bay on the mainland, the atmosphere could be that of a small Breton port.

And inland, fields reminiscent of Normandy alternate with areas of typically Australian bush.

The island has managed to maintain a balance between agricultural exploitation and the protection of wildlife.

On Kangaroo Island, animals are kings. You can observe (of course!) not very shy kangaroos, koalas, echidnas but also platypus.

The island separated from the mainland around 10 years ago and the fauna and flora evolved independently.

Because no cats or foxes were introduced to the island, the native animals were protected from predators. 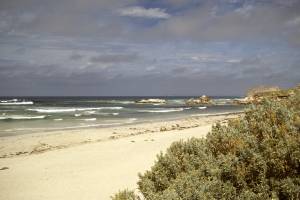 At Seal Beach, an observation area for a large colony of sea lions has been set up, allowing visitors to approach these marine mammals without disturbing them.

Near Penneshaw, one can, in the evening, observe penguins on the beaches.

In Flinders Chase National Park, Admiral's Arch is a huge rock cavity open to the ocean, home to a colony of furry sea lions.

The site is so huge that the sea lions appear to be the size of children's toys on the rocks.

Further up a cliff overlooking the sea is the site of the Remarkable Rocks, twisted and colorful rock formations with shapes that appeal to the imagination. 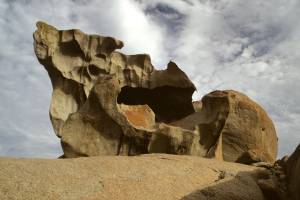 Of course, Kangaroo Island is also about beaches.

Vivonne Bay, near Seal Beach has been voted 'Australia's Best Beach' by the University of Sydney after serious research.


Another very beautiful, wilder beach is that of Ravine des Casoars (in French on the maps) which was so named by the explorer Nicolas Baudin in 1804, at the time when France claimed Australia!

You reach Ravine des Casoars after a 4 km walk. 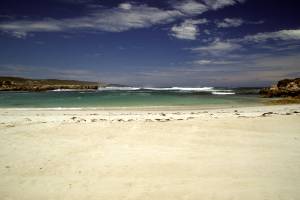 On the activity side, between the beaches and the observation of fauna, you can fish, go scuba diving or sea kayaking.

The island also lends itself quite well to cycling.

Another attraction on Kangaroo Island will delight daredevils: Little Sahara, an area of ​​white sand dunes inland where you can practice "sandboarding", go down the dunes on a snowboard!

Kata Tjuta, The site of the Olga Mountains ❯

add a comment of Kangaroo Island: the island of kangaroos