Jack the Ripper and Ghosts of London Walking Tour

Discover the spooky and ghostly side of London, and follow in the bloodstained footsteps of Jack the Ripper. Meander through the narrow, gas-lit alleys on this guided tour that's sure to give you goosebumps! You will visit four sites of murders that took place in the Whitechapel district, accompanied by a specialist in "Jack The Ripper", as he is known in England, who will give you detailed explanations of the mysterious crimes committed at the Victorian. 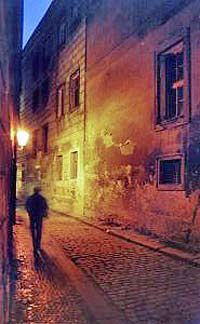 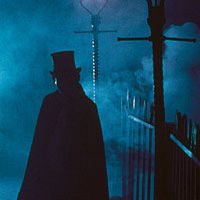 In 1888 Sir Arthur Conan Doyle had just published his first story… Sherlock Holmes and Whitechapel, in the East End of London, five women are brutally murdered by the serial killer known in the world: Jack the Ripper.

Led by a famous London guide you will visit four murder sites through unsolved stories from Scotland Yard.

You will also see the house in Berkeley Square which was so terrifying in the 19th century and was considered 'the most haunted house in London'. You'll also hear about the Theater Royal, Drury Lane, where a distressed man in 18th century costume is regularly seen pacing backstage. Tremble at the tale of the evil Fleet Street barber, Sweeney Todd, who had an accomplice, Mrs Lovatt, who baked pies out of the flesh of his victims and sold them to unsuspecting customers.