How to travel to follow the tour of your favorite music group without breaking the bank? 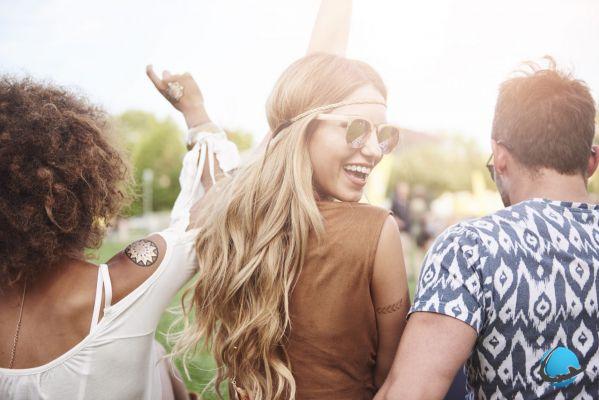 When you are totally passionate about a singer or a music group, you inevitably have to go see them in concert. If the passion survives this first contact, it is not uncommon to return to it. Then, some really enamored fans then start to follow their favorite singer throughout his tours, performing concerts almost at the same pace as their idol. This is a good opportunity to travel, but a habit that can quickly become expensive if you are not careful.


Discover new countries thanks to his passion

When you are passionate about a group or a singer, following them on one of their tours is a great way to make new discoveries and to travel. Even following a simple tour through the largest cities in France allows you to spend a few days in regions and agglomerations that we would not necessarily have visited otherwise.

So when the band you're a fan of goes on an international tour, these concerts can turn into a great opportunity to explore other countries. Indeed, the biggest groups in the world often have concert dates in different countries and will play, for example, several days in a row in different European countries.

Sometimes following these huge tours can even take you halfway around the world and introduce you to a country you never suspected you would one day discover. The advantage of such a trip is that even if you are disappointed with the country you discover, you will not be disappointed with the concert. Sometimes you will even make a very nice discovery.

Depending on the artist, the concerts may adapt from one country to another. For example, seeing a Muse concert in England and seeing the same concert a few days later in Russia may have some surprises in store for you. Indeed, the choice of songs is not always the same and some elements of the scenography can also change.

Why ? Quite simply because the group adapts to the countries it crosses and to the tastes of the population. The albums do not mark the same way all the countries in which they are released and it happens that the groups or the singers decide to put forward a song which has been particularly successful in the country where they are located.

How to avoid overspending?

In order not to spend too much money when you decide to follow your favorite musicians on the other side of the world, you will have to skillfully handle the various tips to save money while traveling and during a concert. It will therefore be necessary, before anything else, to book well in advance. Whether it is for your plane tickets, your tickets, or your nights at the hotel, do not wait until the last moment.

Just like your favorite band, you should plan your tour well in advance to avoid unnecessary costs. However, you can also opt for cheaper means of transport or decide to rent your apartment. You will never reimburse your expenses, but you will probably amortize them a little.

Finally, if you decide to follow this artist you love so much on several concerts, whether across France or around the world, take the time to analyze the artist's movements. They aren't always the thriftiest, so missing out on a single gig could save you a lot of money. Especially if this concert brings you back to France after a Russian party while the next one is in China.

For a while now, we have been discussing the possibility of following your favorite group through each of their concerts as if it were the only valid option for traveling while going to a concert. However, nothing forces you to string together dates and absolutely nothing prevents you from going to see a single concert of your favorite group abroad.

Indeed, if a group that you adore gives a concert in a country that you have always wanted to visit, why not take the opportunity to combine the concert and the trip? This allows you to prepare for a week's vacation abroad, knowing that you will spend one of your evenings going to listen to this concert.


In addition, all in all, by combining the two events, you will also be able to save some savings, even if they will not be very important. First, you will save money if the currency of the country you are going to is weaker than the euro. Then, by bundling that fun with vacation expenses, you will subconsciously push yourself to limit other vacation expenses. The cost of the concert will therefore be absorbed almost naturally.

Anyway, we have to admit that following the tour of a group that we love, across France, Europe or the world, is really not a thrifty passion. So expect it to cost you dearly.

On the other hand, just because it's expensive doesn't mean it's not worth it. However, take the trouble to establish a precise budget before you leave to be sure you don't exceed it and that you don't spend a lot more than planned.

How to travel with a disability: practical advice ❯

Where to go on Safari? The star countries of Africa

Where to go in January ? Ideas of destinations to counter winter

Add a comment from How to travel to follow the tour of your favorite music group without breaking the bank?