Half Day Trip to Windsor Castle and Runnymede in London

Spend the morning in London however it suits you, then take an afternoon tour of Windsor and Runnymede. You'll be back in London in time for dinner, after touring the home of the Royal Family and visiting one of the cornerstones of democracy. 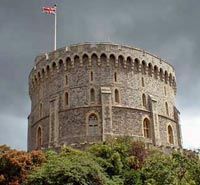 This enjoyable afternoon tour begins at Windsor Castle, the largest and oldest inhabited castle in the world. The castle was built 900 years ago, and still dominates the charming town that has grown up around it.

You'll get a real sense of British history at Windsor Castle, founded by William the Conqueror, for a day trip from London. You will see the sumptuous State Apartments, containing precious furnishings in glorious colours, and St. George's Chapel, home to the 14th century Order of the Royal Garter, Britain's chivalrous superior order. (19 March, 7 April and 13 – 16 June the Grand Apartments will be closed and on these dates you will visit Queen Mary's Dolls House).

Departing from Windsor, the tour continues to the magnificent Runnymede, where King John met his barons in 1215 and decided to seal the Magna Carta. This action had a profound influence on rights and freedoms, not only in England but also in the Western world.