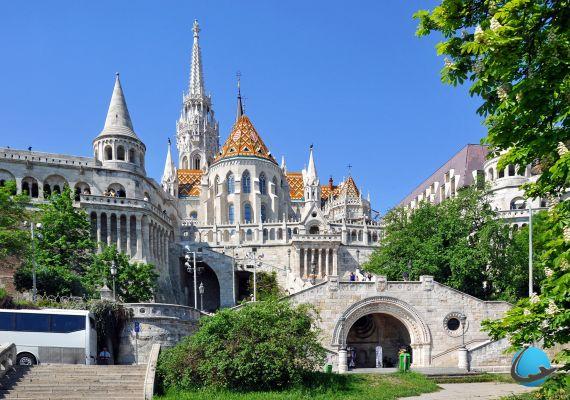 Hungary is a power of medium importance in Europe. But the policy led by its Prime Minister Victor Orban has made it a country accustomed to the headlines of Western Europe. However, Hungary is much more than a politically controversial land. Country of wines, history and nature, it attracts more and more travelers every year, seduced by its Slavic charm and its preserved traditions.

Hungary is a country of contrasts. A continental climate with significant amplitude, a division of the territory into regions very different from each other and a tumultuous past… contribute to its charm of character and arouse the interest of more and more travelers. Well known to Germans and Austrians for its natural setting and its quality service. 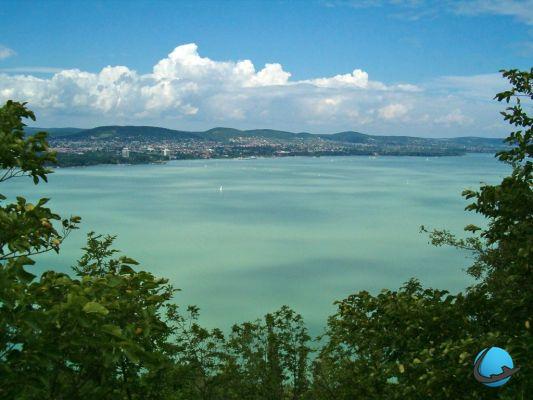 The efficient transport network and the attractive cost of living add to the country's assets and constitute undeniable assets for the development of the local tourism industry. Hungarians are also known for their hospitality and the pleasure they take in guiding lost travelers. In addition, the fine and invigorating gastronomy as well as the architectural beauty of the monuments offer many entry points into a culture that convinces both the licensed adventurer and the lover of high-end tourist services.

When to go to Hungary?

In the heart of Europe, Hungary enjoys one of the best sunshine rates on the continent. This characteristic, coupled with a rich and eventful history, makes it a popular destination for summer tourists. Especially since the temperatures in the summer are approaching, and even exceeding, very often 30 ° C. Be careful, however, of intense stormy episodes that can drown an excursion in a few minutes.

In winter, the climate becomes harsher and tourists are rarer. However, the season is ideal for enjoying typical events such as the famous Budapest market. But those allergic to snowfall should refrain! September and May are perfect months because displaying very pleasant temperatures, without attracting as many tourists as July and August. In addition, many events like the marathon at the end of September or the beginning of October and the spring festival guarantee a joyful and unique trip.

PRACTICAL TIPS : consult the climate forecast month by month, and you will know when to go to Hungary according to your destination.

What budget to plan on site?

In addition to its very marked seasons and a rich history, Hungary has the advantage of being very competitive in terms of prices. Except during the high season in Budapest, most of the prices charged are much lower than what can be found in Western Europe. Outside the capital, accommodation prices are up to 40% cheaper than in France and even a couple with high expectations will not spend more than 80 euros per night. 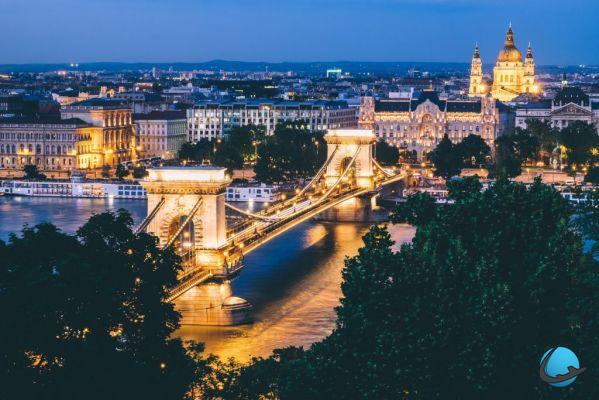 In summer season, accommodation in the capital has much higher prices, sometimes above the European average. Remember to book in advance. Also know that you can save some money on the catering, which is also delicious, and for which you will not spend more than 20 euros per person, even for an excellent dinner! And we are not talking to you about transport, everyday consumer goods and leisure activities which are even more accessible ...

How to get to Hungary?

Without surprise, the plane is the easiest means of transport to reach Hungary and its capital Budapest. Many companies offer regular flights from Paris but also from other large French cities with stopovers, such as Lyon, Bordeaux, Toulouse or Nantes. The round trip costs around 150 euros, but it is possible to find much better rates by planning in advance and being flexible on dates.

The bus is sometimes a more economical solution, but not always, and to be reserved for those who have neither the constraint of a short trip nor the fear of long journeys. It will indeed take a whole day to reach Budapest from Paris, Lyon or Strasbourg. You can also consider taking the train but there is no direct line. From Paris, it will therefore be necessary to change either in Munich or in Zurich.

How to get around the country?

Hungary relies on a dense rail network to make its citizens and tourists travel. Although rather slow, the trains are on time and allow you to reach the major provincial cities from Budapest. To reach small villages and remote areas, however, you will have to take the bus. The network is also well developed, very inexpensive and above all ideal for making great, authentic encounters!


It is also possible to rent a car to travel the province independently. Driving in Hungary is relatively pleasant, but the motorway network is limited and secondary roads are not always well equipped with signposts. In town, cycling is ideal but be careful, some country roads are prohibited to them to avoid accidents. To reach the various points of interest in the capital, metro and tram buses are very efficient and inexpensive. 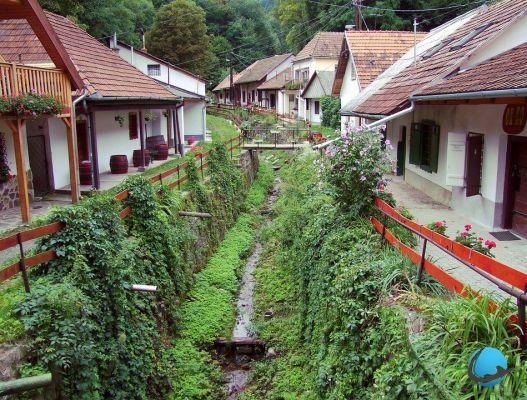 What to eat and drink in Hungary?

When we think of Hungarian gastronomy, Goulasch's word immediately comes to mind. Called Gulyasleves in Hungary, there are endless shapes and regional variations. If in France and Western Europe it is often presented as a dish in sauce, in Hungary it is rather served as a thick and tasty soup which can very well satisfy evening appetites in a single dish. If its ingredients change, it usually features peppers, onions, beans, and of course paprika.

More Hungary is also catfish and Danube carp, served fried most of the time with potatoes and tartar sauce. Hungarians also love meat. The Pörkölt, a stew accompanied by lard and cream, the Libamáj, the Hungarian-style foie gras or the famous chicken with paprika, Paprikàscsirke, are the most emblematic examples.

As for desserts, we like the crêpes with cottage cheese and grapes or the Retels, a kind of local version of the Viennese Strudel. To wash it all down, taste the various local beers and wines in the borozos and indulge yourself with a liqueur like Unicum if you went overboard the night before. The more than forty plants that go into its composition are said to have the most beautiful effect on hangovers!

Where in the country to stay?

Most of the French tourists who arrive in Hungary decide to stay in Budapest, to easily reach the different regions of the country. However, there are many possibilities of accommodation in Hungary, especially in well-equipped campsites in the West. We think in particular of the region of Lake Balaton which offers many swimming and sports activities. Ideal for families and groups of friends!

The region of Pecs is just as well equipped but more oriented towards history and culture. Many museums and sites of interest such as the early Christian necropolis or the Great Mosque attract many visitors each year. Finally, we particularly recommend Hollókő, authentic village classified by Unesco, the region of Miskloc and Tokaj, famous for its wines and Lake Tisza in the heart of the Hortobágyi National Park. 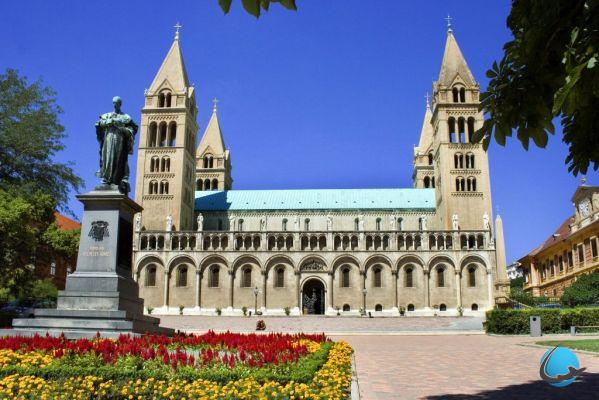 What are the main monuments to visit?

Beaucoup of the most important monuments of Hungary are grouped together in Budapest. One thinks in particular of the Parliament, one of the most beautiful in Europe which illuminates the Danube with a beautiful golden light when night comes. The Budavar Palace is a must for anyone who wants to enter the history of the country through its architecture but also its pictorial arts. Finally, the visit of the capital will be completed by the Fisherman's Bastion, the Baths, the Chain Bridge or the Great Synagogue.

If the capital is an almost infinite playground for those who love beautiful architecture, the province is also home to some monuments that must be visited. The fortress of Visegrad, perched above the Danube, offers a breathtaking view of the region, which also hosts the Basilica of Esztergom, another must-see point. In the South, you can admire Szeged Cathedral or its new Synagogue while offering you a small local fish soup. 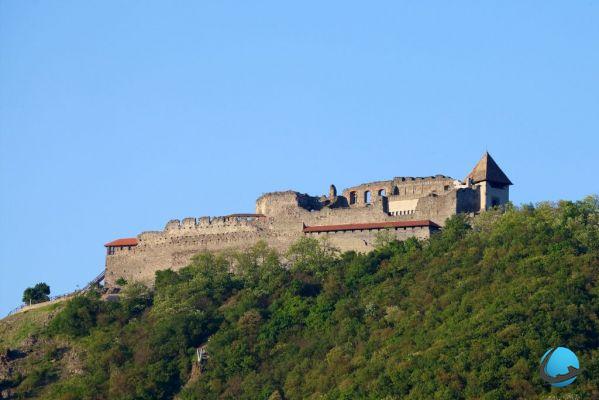 What are the most beautiful walks and activities to do?

Hungary is a country that is generally divided into four large distinct regions. The first brings together Budapest and its area of ​​influence. We especially recommend walking around town, which can be the object of a trip in itself. West, take the direction of Lake Balaton to find a little authenticity but also entertainment. Between unspoiled nature and quality service, the Balaton is ideal for having a good time.

Nature lovers will rather go to le parc national de Hortobágy and its vast expanses of grass. Here, the wild reigns supreme and the reconnection with the living is within reach. For those who wish to create a link with the land through tasting, the Wine Route in the Tokaj region is essential. Finally, the South-West and especially the city of Pecs will be the ideal base for all lovers of art and history. Museums, early Christian necropolis and lively nightlife form a cocktail that is as tasty as it is instructive. 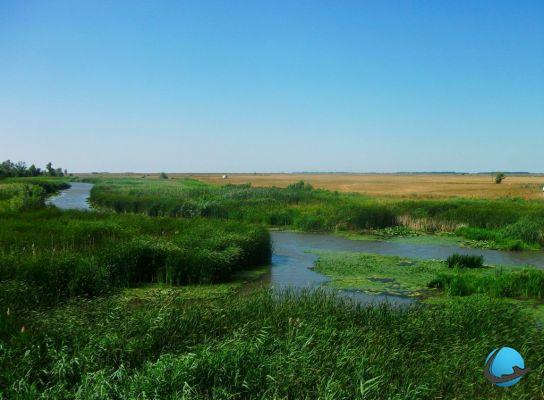 READ ALSO to complete your ideas for visits:
What to see and do in Hungary? 15 must-see visits!

Here is some additional information to prepare your stay in Hungary:

Why go to Hungary, the pearl of the Danube?

What to see and do in Hungary? 15 must-see visits!

The most beautiful landscapes and places in Hungary to photograph

Culture and history of Hungary: all you need to know before you go!

Add a comment from Going to visit Hungary: our advice for travelers