Excursion to Seville with the Alcazar, the Cathedral, the Santa Cruz district, the arena and a cruise

Discover Seville, the most flamboyant city in southern Spain, on this day trip! With a professional guide, travel by luxury minivan to see Seville's top sights and monuments, such as Plaza de España, and UNESCO World Heritage sights, such as Seville Cathedral and the Palace Royal Alcazar. Pass through the charming neighborhoods of Santa Cruz and Triana, cruise down the Guadalquivir River on a sightseeing cruise, and visit the Royal Maestranza bullring and museum. 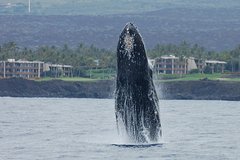 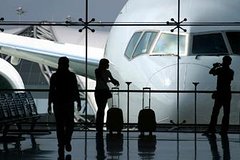 After pickup from your central Seville hotel, set off on your day trip to spectacular Seville – the capital of Spain's Andalusia region. On your journey by luxury minivan, sit back and relax, listening to your knowledgeable guide tell the story of this charismatic city.
Pass by Plaza de España – the glitzy square in Maria Luisa Park – and hear how it was created for the 1929 Ibero-American Exposition. Set amid intricate Moorish-style gardens, the square was built in a classical neo-Renaissance style, and now houses several important government buildings.
As you travel, your guide will show you other of Seville's most popular sights, such as the Palace of San Telmo and Torre del Oro, a magnificent building that once housed precious metals from America. Continue on to Seville's Santa Cruz neighborhood and you'll quickly understand why so many people describe it as the prettiest neighborhood in town. Admire two UNESCO World Heritage sites here – the Royal Alcazar Palace (or The Real Alcazar as it is known in Spain) and Seville Cathedral.
After a lunch break at your own expense, meet your guide on your return to the minibus, then visit the Royal Maestranza bullring. Also known as Plaza de Toros, the Maestranza is widely regarded as the mecca of bullfighting – steeped in history and tradition. After exploring the bullring itself, you'll head to the Bullfighting Museum to explore the site at your leisure.
Your afternoon continues with a panoramic tour around Seville's Triana district, certainly the most bohemian and lively neighborhood in the city. Cross the Isabel II Bridge and take in views of the dazzling Guadalquivir River. Before the tour concludes with your hotel drop-off, enjoy a 30-minute sightseeing cruise on the river, allowing you to see all of the city's sights from the water as well.

add a comment of Excursion to Seville with the Alcazar, the Cathedral, the Santa Cruz district, the arena and a cruise