Do not go there! These 13 most dangerous places in the world 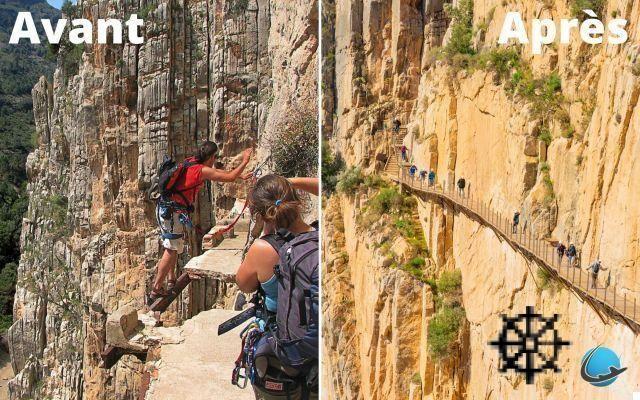 From the skulls of dead animals in the fetish market in Togo to the vertigo-inducing hike in Spain… passing through a haunted hotel in Colombia, dear intrepid travelers, discover the 13 most dangerous places in the world!

Prypiat is undoubtedly one of the most dangerous places in the world. Abandoned since the Chernobyl nuclear disaster in 1986, the city is still spreading radioactive particles. However, tourist agencies offer to visit it! 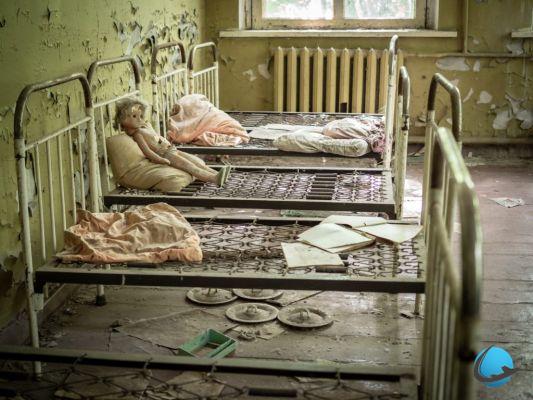 The fetish market in Togo

Are you afraid of wizarding rites and voodoo dolls? So don't go in the Akodésséwa district of Lomé, capital of Togo. Indeed, it is famous for its favorite curiosities. Frightening ! 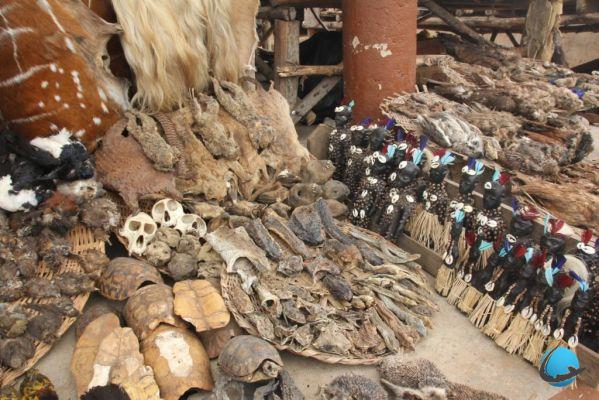 Death Valley, a desert in the United States

We recorded there the highest temperature on Earth in July 1913: 56,7 ° C. Only Native American families survive there. On the menu: overwhelming heat, places inhabited by rattlesnakes, black widows and scorpions. Good luck ! 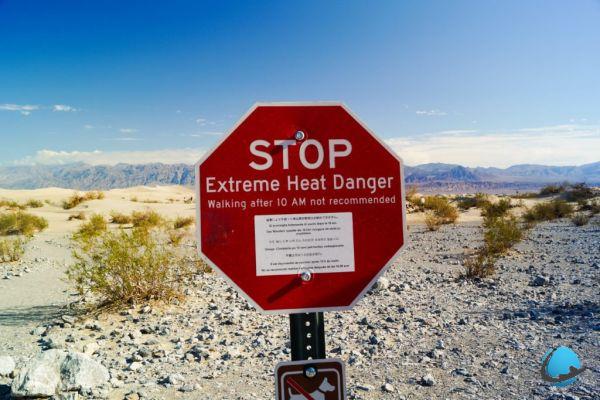 Centralia, a ghost town in the United States

You know Silent Hill, famous French-Canadian horror film and video game? So welcome - or not - to the city that inspires it: Centralia, Pennsylvania. The fire still burns there since the 1962 underground coal mine fire. 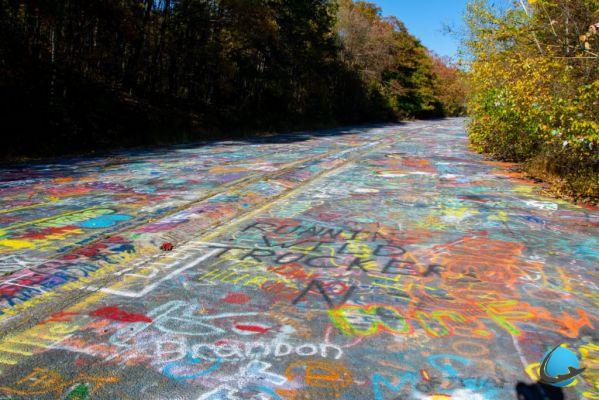 The road to Centralia

The Caminito del Rey, a hike that makes you dizzy, in Spain

It was known to be one of the most dangerous places in the world before it was redeveloped in 2015. The 7,7 kilometer hiking route, however, is still impressive. with its cliff-side paths and suspension bridges. 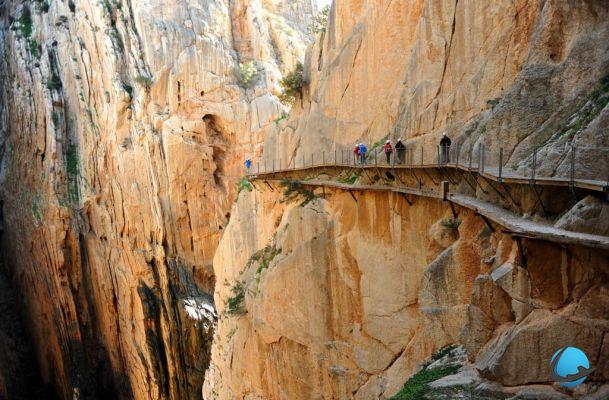 The acid lakes of the Dallol volcano in Ethiopia

The landscapes are breathtaking but also particularly dangerous. Accompanied by a local guide and a guard, you can explore this volcanic site both of rare beauty and of great hostility. 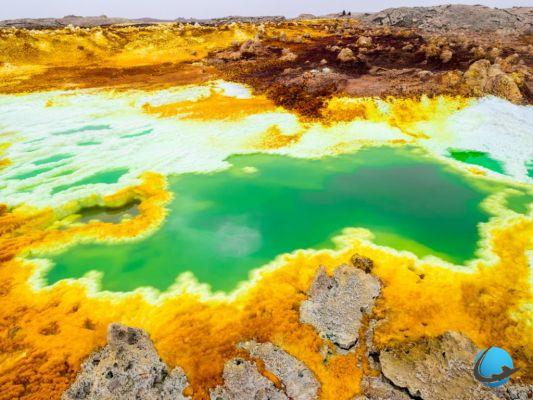 Queimada Grande, the island of snakes in Brazil

Its colony of poisonous snakes makes it one of the most dangerous places in the world. The island of Queimada Grande in Brazil, nicknamed "The island of snakes" is visited only by biologists and researchers to study local species. 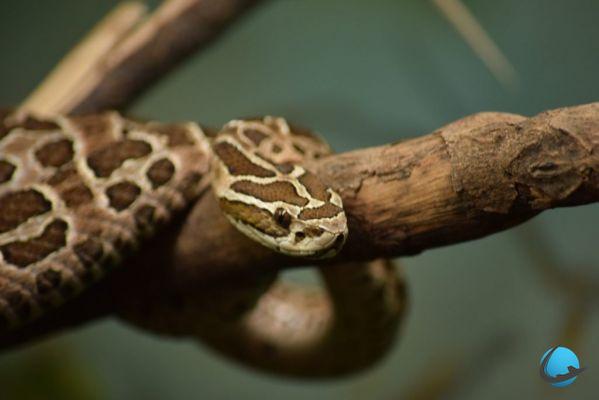 The Alnwick garden, the garden of poisons in the United Kingdom

If the poisons garden, hidden in the gardens of Alnwick Castle, is open to the public ... visitors are prohibited from smelling, touching or tasting any of its poisonous flowers and plants. 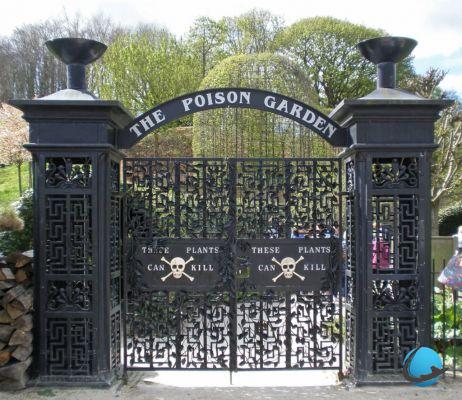 The Yunga road, the road of death in Bolivia

Narrow road on the side of a cliff, frequent fog, landslides that can arise in bad weather ... all these parameters make it one of the most dangerous places in the world to travel! An alternative route is now possible. 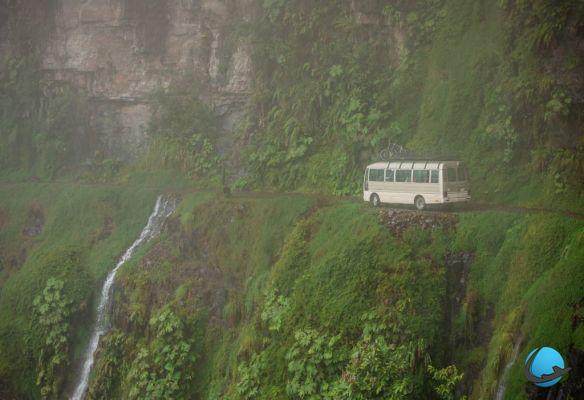 The dangerous road of the Yungas

The Catacombs, an ossuary under the city of Paris

30 meters underground, the Catacombs stretch for more than 300 kilometers. A tiny part can be visited officially, but enthusiasts explore the areas normally closed to access sometimes at their own peril. 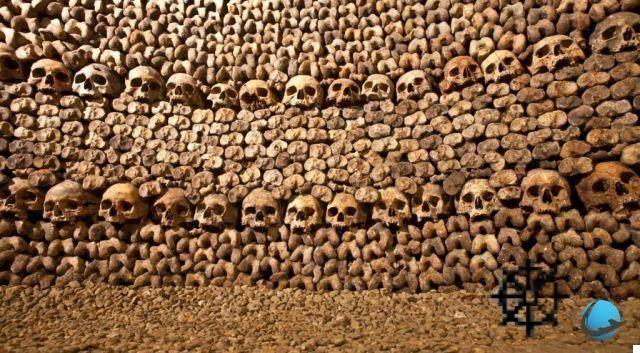 The Catacombs of Paris

100 meters high, the Victoria Falls are impressive and are surely part of one of the most dangerous places in the world to bathe. Accessible only in organized groups, you will swim in a natural pool, retained by a simple natural rim. 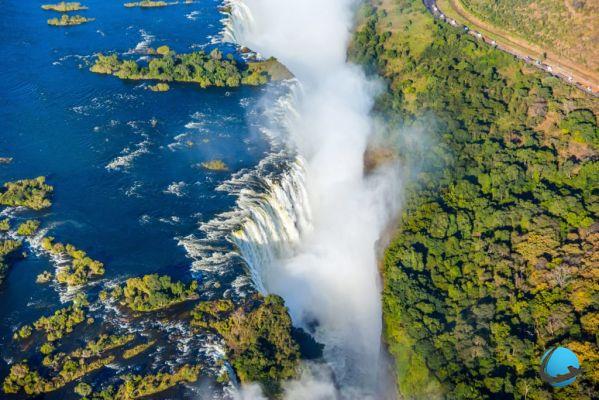 Portaledge, one night hanging on a cliff, all over the world

You have to be reckless to dare to spend a night suspended in the void! In Peru or Annecy, you can sleep on a portaledge, makeshift bed hung by cables and carabiners. 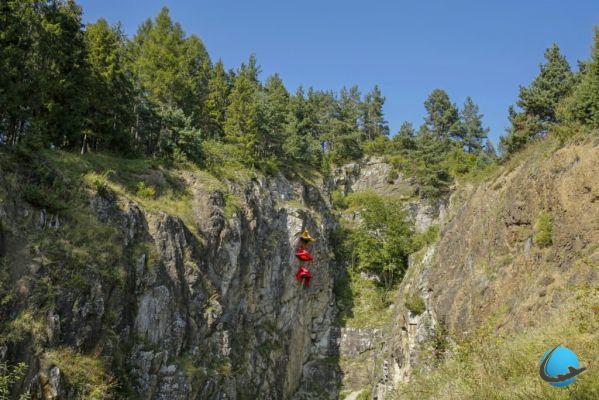 Portaledge on the side of a cliff

A former luxury hotel facing Tequendama Falls, the Del Salto was abandoned in the 90s. This place is reputed to be haunted by the many people who would commit suicide from the top of its cliff. 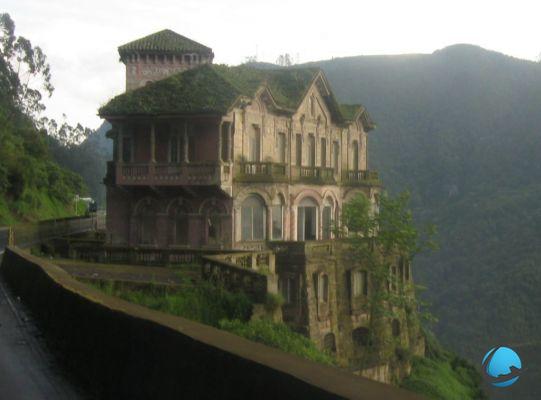 What are the most dangerous places in the world that you have ever visited? Share your impressions in the comments!

Do you really know the Statue of Liberty? ❯

What is Vanlife today?

Travel more thanks to Nightswapping

Tips for responding well to sunburn

Add a comment from Do not go there! These 13 most dangerous places in the world