Discover Potsdam in a walking tour

Berlin without Potsdam is like Paris without Versailles – you can't say you've seen Berlin if you leave Berlin without visiting its royal residence! Start with a train ride from Berlin to Potsdam and discover this fascinating city with a walking tour. 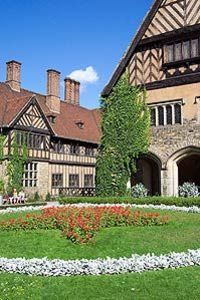 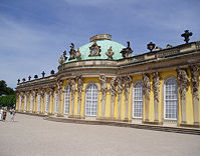 The landscapes of Potsdam that come out of a fairy tale look like a blessing from nature, but are the result of hundreds of years of human activity, in pursuit of paradise on earth. You can stroll the mock-16 Cecilienhof palace, and see the lakeside Marble Palace with its Greek temple ruins, and the dreamy Babelsberg castle.

What is an idyllic Russian village doing there, with beautiful towers and churches of the Italian Renaissance, and the Dutch town of the 18th century? But the cruel realities of 20th century history destroy this world in 1945, and tell us how the Old City Palace was destroyed at the end of the war. See when an American President, a Soviet dictator and a British Prime Minister sealed the fate of Germany and Europe, marking the start of the Cold War. Cross the "Spy Swap" bridge where Gary Powers was traded in 1962; find out where the KGB prison was in the so-called Forbidden City, and see the former Stasi Prison, run by secret police in East Germany.

The walking tour ends with a return to the 18th century with the enchanting setting of Sanssouci Park and the palace, created by Frederick the Great and named “Sans Souci”!.

Starting point :
Start outside Zoologischer Garten station. The meeting point is easy to locate and your guide will be waiting for you.

Return details:
Return to Sanssouci Square around 15:30 p.m. From there, you can choose to stay in Potsdam, to continue a self-guided tour, or return to Berlin by train with the guide. The train journey takes about an hour.

Explore Sydney from the top of the Sydney Tower ❯

add a comment of Discover Potsdam in a walking tour