Culture and history of the Netherlands: all you need to know before you go! 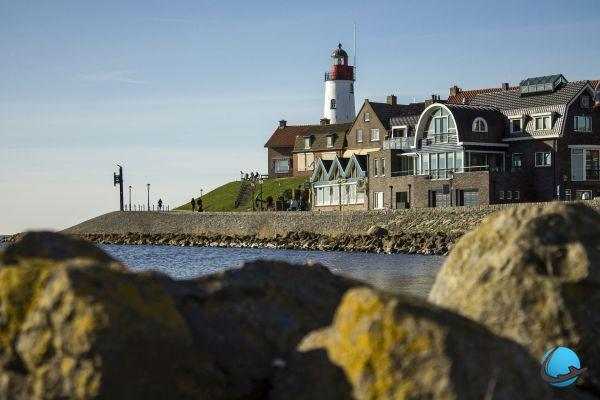 The Netherlands has long attracted lovers of nature and culture. Many venture into their original and picturesque towns and take advantage of the typical landscapes to gently disconnect during a long weekend. This nonconformist country full of paradoxes is also full of countless historical riches, sympathetic traditions and an exceptionally varied heritage.. The history of the Netherlands is intense and thrilling. With their incredible mercantile prosperity, their famous maritime power and their original political institutions, they made a significant contribution to the constitution of present-day Europe. This nation of sailors and traders is also recognized worldwide for its artists.


Here are some unpretentious elements of historical and cultural understanding of this amazing country!

The Dutch have proudly developed a strong cultural identity over time. Their way of life tolerant, unabashed, open-minded and friendly is explained in particular by the history of the Netherlands, intense and fascinating, but also by their preserved customs which they like to reinforce.

A mother tongue for nearly 25 million people, it is mainly spoken in the Netherlands and northern Belgium. This idiom is complex to learn for the uninitiated. The bravest will try to remember a few words of this guttural language, with its surprising pronunciation, in order to exchange with their hosts during their stay. Laughs guaranteed! Your interlocutors will appreciate the effort and will probably answer you… in English.

Daily, Dutch speakers speak the dialects specific to each region. This is how, for example, a Flemish person will find it difficult to understand his Dutch counterpart. Expressions and accents often take some time to adapt before starting a fluid discussion. Dutch goes beyond European borders. The Batavian settlers, great travelers, established Afrikaans in South Africa. This language, derived from Dutch, is still used today at the tip of Africa and sometimes even in Namibia, Botswana and Zimbabwe.

Tolerance, emblematic value of the Netherlands

The history of the Netherlands partly explains the anchoring of this value which makes the pride of the Dutch people. Receive tolerance as a heritage and continue through the years to cultivate this multicultural and multi-ethnic ideal is characteristic of this northern region. Their conception of the company and the models put in place allow the good management of the religious and political diversity, social harmony and guarantee everyone the freedom of expression. This reputation is preserved by a policy of tolerance, "gedoogbeleid", developed over the centuries and still applicable, as well as the famous "gezelligheid", or conviviality, which makes these people sociable, but also direct and frank.

The cult of the bicycle

It's no longer a secret that there are more bikes in the Netherlands than people! Everyone has an everyday bike, often in an unflattering condition, and the one released only on special occasions, shiny and customized. Even during the winter months, thanks to well thought-out equipment and a great strength of character, you will see many Dutch brave the elements vigorously, while remaining elegant on their mounts. A matter of habit, no doubt! 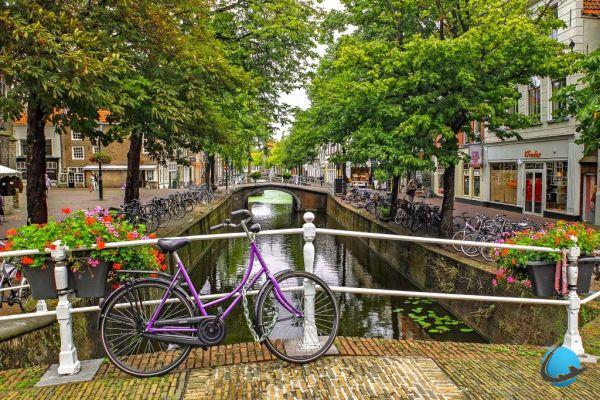 Cycling, an institution in the Netherlands

This destination is therefore, unsurprisingly, at the top of the bicycle tourism list. The lack of height difference also allows everyone to try out this national sport, without too much fear of stiffness the next day. The quality of the infrastructure and the efficient management of the more than 30 km of signposted cycle routes allow a safe stay on two wheels throughout the country.

Dutch cuisine is directly inspired by the history of the Netherlands, its agricultural past and its openness to influences from around the world. Usually, meals are intended to be substantial and meat occupies an important place. This habit, passed down from generation to generation, is linked to the substantial physical work done once daily by their ancestors.

Dairy products and the many varieties of Dutch cheeses are internationally renowned. Did you know that every Dutchman consumes an average of 14 kilos of cheese per year? Openness to others is found even in their culinary habits. Many exotic and tasty dishes were introduced during colonial times. Thus, it is common to taste Surinamese dishes in addition to Indian delicacies and from many other parts of the world. This sprinkles traditional Dutch cuisine with peppers and colors.

The Dutch nation saw the emergence of great masters of Dutch painting, still admired around the world. The works of some brilliant painters of the Flemish school such as Rembrandt, Van Gogh, Rubens or Vermeer, to name only the most famous, are also exhibited in several museums such as the Rijksmuseum and the Mauritshuis. 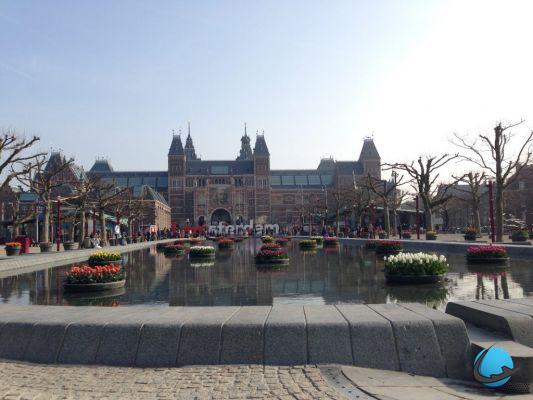 The Dutch Golden Age, from the XNUMXth to the XNUMXth century, although exceptional, was not the only glorious artistic period in the Netherlands.. To approach the high figures of Dutch arts and architecture through time, it is necessary to immerse yourself in the history of the Netherlands. This people, emeritus in the art of construction and the use of space, has, in fact, greatly influenced the artistic fields of the whole of Europe, through the centuries.

The history of the Netherlands: between independence and tolerance

Many do not suspect the considerable contribution of the Netherlands to today's Europe. We tend to remember little of their central role in the Far East, South Africa and many other parts of the world. These ingenious and exploratory people ardently defended their independence, distinguished itself in the commercial management of yesteryear and occupied a significant place in the liberation of morals after the Second World War. It was also one of the greatest powers of the XNUMXth century.

Antiquity and the Middle Ages of the Netherlands

Before the Christian era, the territory was populated by Celtic and Germanic tribes. Until the beginning of the XNUMXth century, the southern Rhine area was part of the Roman Empire. The Netherlands are conquered by Julius Caesar in 58 BC. The fall of the empire then leaves room for several germanic tribes such as the Frisians, Saxons and Franks. In 734, the Franks took full control of the country.

In the XNUMXth century, the Vikings occupied the land for a short time, before the Netherlands joined the Holy Roman Empire. The country is divided into duchies and kingdoms which will not find a true unity that with the domination of the Dukes of Burgundy.

From the Renaissance to the XNUMXth century

The Provinces of the Netherlands are unified under the reign of the Burgundians before coming under the yoke of the Habsburgs. That sounds the beginning of the Spanish Netherlands. Religious conflicts and many revolutions will take place before independence of the United Provinces was declared in 1579, giving way to the Eighty Years' War. Guillaume d'Orange will lead a fierce struggle for independence, forcing Spain to recognize it in 1648. 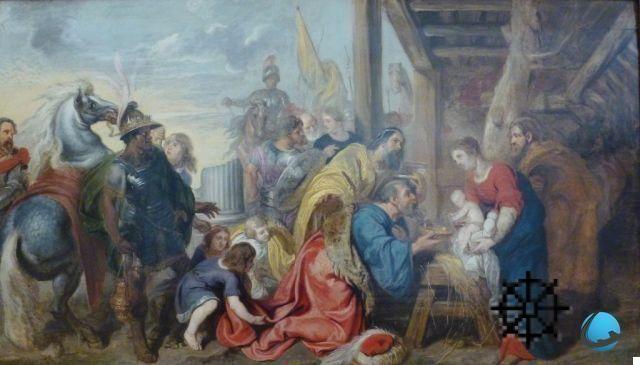 Napoleon's France will then found the Batavian Republic until William of Orange-Nassau became the first king of the United Kingdom of the Netherlands in 1815, following the Congress of Vienna. The Belgians, Catholics, obtained their independence in 1830 and the Grand Duchy of Luxembourg in 1839. The Netherlands saw their commercial and colonial power collapse during the Second World War. Invaded by the Germans in 1940, the Dutch army, little prepared for a modern war, quickly capitulated.

Discover the Netherlands as a whole

The history of the Netherlands has built an open, tolerant nation with a historic past full of twists and turns. Proud of its identity forged over the centuries, it ardently preserves customs, traditions and political specificities which make it a serene and benevolent kingdom, pleasant to visit.

Dutch geography: from the flat country to the overseas territories

This northern European country is surrounded by Germany, Belgium and the North Sea. Its oceanic climate induces cool summers and relatively cold winters. A quarter of the Dutch territory is below sea level. It is also in these lands that the European record for negative elevation is reached with 6,76 meters below sea level. 16 million inhabitants, the Netherlands ranks first among European countries with the highest density. Fortunately, the nature reserves are still preserved there and the getaways out of the urban bustle are quite accessible.

The Netherlands is made up of 12 provinces and is regularly called, incorrectly, Holland. The phenomenon is somewhat similar to that seen with England and the United Kingdom. One of the appellations designates the country and the other a part of the country. Holland is actually a western Dutch region made up of two provinces, North Holland and South Holland. This province with a rich historical past has seen its name naturally associated with the country as a whole. This designation is neither correct nor official, but remains commonly accepted and understood by all Europeans. 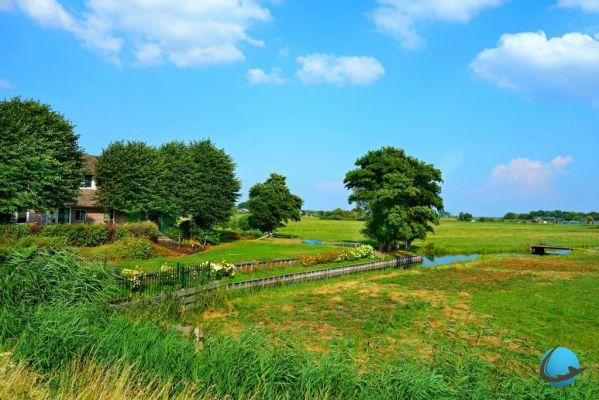 Territories reclaimed from the sea

Polders are often spontaneously associated with the Netherlands. Indeed, their legendary battle against water allowing them to extend their territory on the sea is known to all. Since the XNUMXth century, the Dutch are developing their construction technique at sea and now have nearly 20% of polders. The progressive drying was carried out using pumps driven by windmills. The planting of reeds and halophilic plants, loving salt, supported drying and desalination.

This seafaring people conquered several distant fiefdoms, some of which still maintain close links with the Netherlands today. The Dutch Overseas Territories are autonomous islands located in the Caribbean. The Kingdom includes 4 states which are the Netherlands, Aruba, Curaçao and Sint-Maarten. Bonaire, Saint-Eustatius and Saba, 3 West Indian islands, have positioned themselves in favor of maintaining direct links with the Netherlands. They are an integral part of the Netherlands and are considered as municipalities with special status. 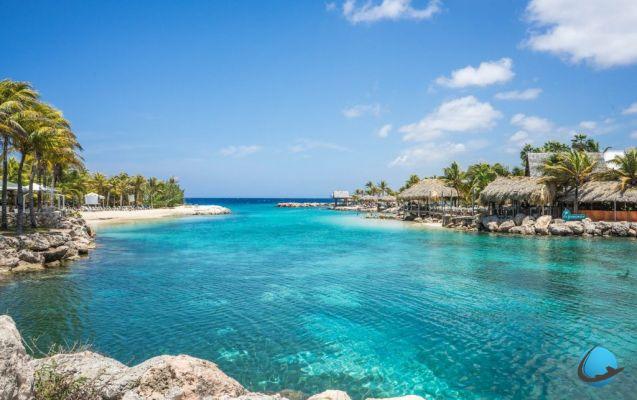 Your stay will undoubtedly be enriching! It will be easy for you to combine natural escapades out of time, cultural visits, historical learning and amazing culinary tastings. Want to know more about the Netherlands? Consult our various articles on this destination or on its capital Amsterdam.

Delayed flight, what are your rights? ❯

Where to sleep in Amsterdam: in which district to stay?

Maastricht, in the heart of Europe

Visiting the Netherlands: our tips before you go

What to do in Rotterdam? 10 must-see visits not to be missed!

What to see in the Netherlands? 15 must-see visits!

What to see in Amsterdam for a weekend?

Add a comment from Culture and history of the Netherlands: all you need to know before you go!