This walk through the streets of Cordoba will really allow you to get to know the history and traditions of this fascinating city, with its attractive mix of Roman, Arabic and Spanish histories. 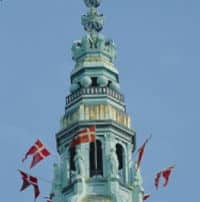 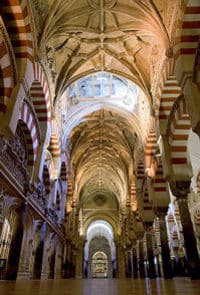 See the magnificent cathedral, converted from an original mosque when the Christians conquered Cordoba in 1236. The alterations took 234 years, so the original Gothic style is combined with Baroque and Renaissance elements. Noteworthy are the Cardinal's Chapel and its treasures, including a monstrance by Enrique de Arfe, an ivory crucifix by Alonso Cano and important sculptures and paintings.

Originally there were four towers at the corners of the Alcazar, three of which can still be seen today: the oldest Torre de los Leones, which forms the entrance to the palace, the octagonal Torre del Homenaje and the Torre del Rio. The fourth tower, the Torre de la Vela, was destroyed in the 19th century.

As you walk through the Jewish Quarter, dating back to Roman and Goth times, you will notice many important monuments recalling one of Cordoba's most important sons: the Roman philosopher Seneca, the Arab philosopher Averroes and the Jewish philosopher Maimonides .

Here you can also find one of the few synagogues that exist today in Spain, this one was built in 1315. Nearby there is the Bullfighting Museum. In the Zoco you can find traditional craftsmen and attend flamenco shows in summer.

Return details:
The tour ends at the cathedral around 14:00 p.m.

5 places to spend your summer holidays in Spain