Join a day trip from Granada to Cordoba, and discover the magnificent Catholic Cathedral and one of the few surviving synagogues in Spain. Cordoba is a captivating city with many attractive monuments that will leave you spellbound. 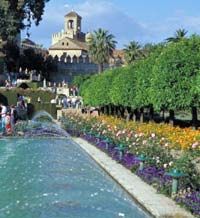 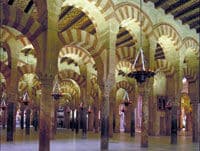 Start by visiting the Catholic Cathedral, converted from a Mosque when the Christians conquered Cordoba in 1236. With nearly a thousand pillars, the original Gothic style is combined with Baroque and Renaissance elements. The Cardinal's Chapel and its treasures are remarkable, including a monstrance by Enrique de Arfe, an ivory crucifix by Alonso Cano, major sculptures and paintings.

Your next visit will be the old Jewish Quarter, which dates back to Roman and Goth times, you will notice many important monuments to remind you of Cordoba's most important sons: the Roman philosopher Seneca, the Arabian philosopher Averroes and the Jewish philosopher Maimonides. There, you can also find one of the few synagogues still existing today in Spain, built in 1315.

Starting point :
Hotels located in the center of Granada or the Alhambra

Hotel pickup begins before this time, exact time will be advised upon reconfirmation

Return details:
Return to the starting point around 19:30 p.m.

add a comment of Cordoba Day Trip from Granada