City of Munich and the Bavaria film studio

For everyone who has always wanted to take a behind-the-scenes tour of one of Europe's largest and most successful film studios and get a breath of that cinematic air, the Filmstadt Bavaria ( Film City) south of Munich makes it all possible. Also, take a guided tour of the beautiful city of Munich. 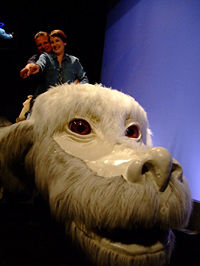 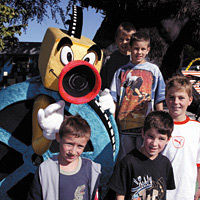 This guided tour introduces you to Munich's most notable sights, then takes you to the film studios on the southern edge of Munich, where you'll be introduced to old studio traditions.

On a 60-minute tour of the 320.000 square meter Bavaria Filmstadt with friendly staff, you will learn all about the details of the filming, but also the locations of well-known TV hits. Thanks to a large-screen projection live from the Marienhof view studio, you can watch the popular German soap opera “Marienhof” live.

You will also come across cinematic classics such as the original model submarine from Wolfgang Petersen's film "Das Boot", the popular mythical creature from "The Never Ending Story" and the Gallic village from the filming of "Asterix and Obelix versus Caesar" It's even possible to star in your own short film and be mentored by a director.Show off your talent in front of the camera on four different original sets!An ideal family outing.

Starting point :
Opposite the KARSTADT shop department, opposite the main train station.