Hop on and off as much as you like as you explore Cape Town aboard a double-decker bus that gives you two lanes to choose from. It's the best way to get around town and see all the sights in a single day. 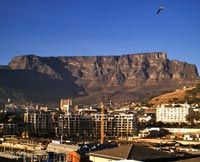 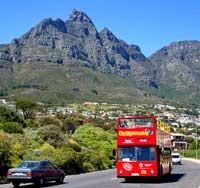 Beautiful and teeming with life, Cape Town's cosmopolitan nature means one never tires of the multitude of experiences it has to offer.

With a great view from the top of the bus, strategically placed stops and an interesting commentary, this really is the best way to see the sights of Cape Town.

You can hop on and off as many times as you want on this double-decker bus. There are 13 stops on the red route and 9 stops on the blue route, and each complete route takes around two hours and 15 minutes. The bus departs every 45 – 60 minutes from each stop and tickets are valid for 24 hours after first use.

Starting point :
The tour starts from V and A at the seaside, but you can board the bus at any of the stops in town

Departure time :
Departure from the first stop at:

Return details:
Tickets are valid for 24 hours after first use

The island of Mljet