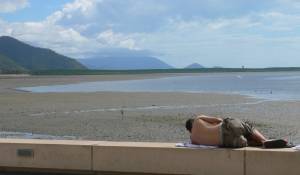 Of course you will not go specifically to Cairns to discover its architecture or its rich nightlife and the city will surely surprise you with its small size.

However, a short tour of the streets of Cairns allows you to discover some old buildings, fortunately spared by the many cyclones and storms that the city has suffered since its creation.

Our favorite activity: Skydiving in Cairns: helicopter tour and cruise to the Great Barrier Reef

A short walk in the city

Before the tourism boom of the 1980s, Cairns was a small pearl and beche-de-mer fishing port, terminal of the Brisbane rail line in Queensland.

The site was only proclaimed a “city” in 1923 when it painfully reached 10.000 inhabitants! 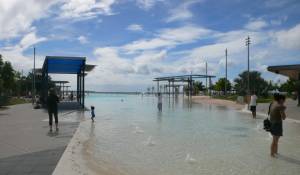 In a few years, the city was built entirely on tourism.

The streets and shops have become bilingual in Japanese and the airport now hosts 4 connections per week to the largest Japanese and American cities.

The tropical climate of Cairns makes it one of the cities where idleness is possible every day of the year!

Unfortunately, the site of Trinity Bay, chosen by Captain Cook in 1770, does not have a beach where it is possible to swim permanently.

This is why one of the main activities is to sit on the city's artificial beach facing the mountains and palm trees to prepare your tan or enjoy a barbecue. 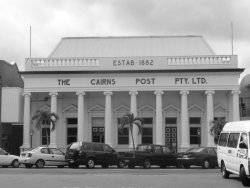 A walk in the city allows you to realize the architecture and the remote atmosphere of the settlers of Queensland in the 1900s and 1930s.

Several buildings have been restored, such as the post office faithful to its 1924 reconstruction.


The city's Grand Hotel, as well as the Boland department store, are also among the first stone buildings constructed in the city between 1907 and 1909.

The Grand Hotel's balcony and balustrade are exactly the same as those you can see in photographs from the early 20th century. 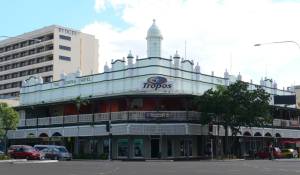 Finally, if you have time, take a short tour of the Cairns Regional Gallery, at the crossroads of Shields and Abbott streets.

The temporary exhibitions are interesting to discover the artists and the works of the region. 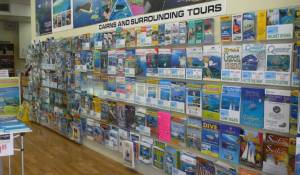 Located at the foot of a mountain covered with tropical trees, and overlooking an impressive bay, Cairns is already a taste of the extraordinary environment that surrounds it.

The landscape lets you imagine the difficulty that the English settlers must have encountered when they tried to colonize this tropical part of Australia!

But Cairns is above all THE city to organize your departure to the Great Barrier Reef and the diving agencies are literally teeming.


You have day trips in the 60 or 90 dollars, but you can also leave for 2 or 3 days and discover the most beautiful sites of the Barrière between 200 and 700 dollars.

Cairns is also the starting point for exploring Cape Tribulation and the rainforests of Daintree National Park in Far North Queensland.

This region is one of the richest destinations in the world for the biodiversity of its territory and is considered one of the most beautiful tropical areas.

This is where Captain Cook grounded his boat on a coral reef during his first expedition, and was stuck in this hostile environment to repair, hence the name Cape Tribulation, literally "Cape of Torment"!

General site on the city of Cairns