Buckingham Palace, the places of royalty 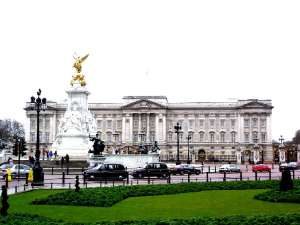 Great pride of any self-respecting Briton, the Royal Palace in London, the official residence of Queen Elisabeth is the favorite place of all: both locals and tourists.

Our favorite activity: Visit of Buckingham Palace and Windsor Castle

Of royal value, it is also the meeting place for political figures passing through England. Many large receptions are organized there and attract thousands of guests.

Welcomed at the entrance by the statue of Queen Victoria, you will discover inside a luxurious distinction evoking the current monarchical power as well as the power of the royalties of yesteryear: 775 rooms including 188 bedrooms, 78 bathrooms and 52 suites .

Aside from the beautiful salons furnished with 18th century French furniture, in which the sovereign receives her diplomatic guests, you can admire an impressive collection of paintings by illustrious painters as well as portraits of the kings and queens of England.

Both the interior and the exterior are magnificent and ideal for strolling through stunning gardens with a view of the imposing building itself.

And like all tourists, let's not forget to take a picture of the guard and attend the spectacle of his succession.

Like tea time, the changing of the guard has been an important tradition in the palace since 1911 in memory of Queen Victoria.

It takes place on The Mall at 11 am every day, so don't miss it! 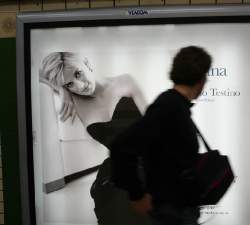 What would England be without a king or queen? The English are so tenderly interested in the private lives of their sovereigns...

In the newsstands, the tabloids are just waiting for the latest photos of Prince Charles with his new wife Camilla or those of his offspring struggling with teenage problems...


You will not fail to notice the postcards with the effigy of Queen Elisabeth, Prince Charles or Lady Di.

In 1981, for the wedding of Charles and Diana, a black crowd of hundreds of thousands of people had followed the course of the carriage of the spouses between Westminster Abbey and Buckingham Palace.

Every morning at 11am (every other day in winter) the Changing of the Guard is London's most traditional spectacle.

But there is better: when the royal family is on vacation, in summer, Buckingham Palace is open to visitors.

The State Rooms open their doors and you can admire the Queen's art collection (paintings by Rembrandt, Rubens, Vermeer, Van Dyck, Canaletto, etc.), reflect on the splendor of the monarchy in the Throne Room and stroll through the Queen's private gardens.

Only regret: you will not see the queen's rooms, her personal cinema and her swimming pool.


So you'll have a hard time judging why Queen Victoria, who moved to Buckingham in 1837, found the palace uncomfortable. 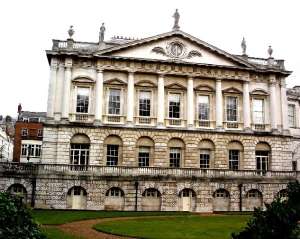 At the exit of Buckingham Palace, the parks await you for a picnic or a short siesta.

For the curious, take a look at the palace of the Spencer family (and yes, that of Lady Diana).

It's just on the edge of Green Park, opposite Buckingham.

Then, if you go up towards Piccadilly Street and the opulent houses of Mayfair, you will find the Ritz Hotel.

It was here that Charles and Diana first met.

But if you absolutely want to know everything about the secrets of the royal family, then follow the very expert guides of London Walks.

add a comment of Buckingham Palace, the places of royalty