Azurever.com favorite: The village of Quorn

Immersion in the authentic Australian bush 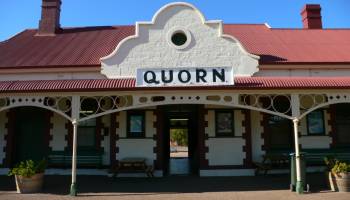 Just a few photos to share with you the end of the world atmosphere of the Australian Outback in the small town of Quorn!

330 km from Adelaide in South Australia, Quorn marks the entrance to the Flinders Ranges Park.

This village is only made up of a few streets, but as you walk around, you really feel like you've come back to the time of the gold rush and the first pioneers colonizing Australia! Bush experience guaranteed!

The calm of the Outback 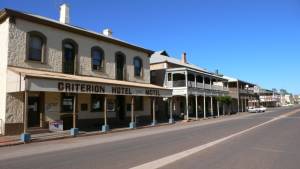 This small village of 1000 inhabitants developed from 1878 with the construction of the Ghan railway line, linking Adelaide and Alice Springs.

Port Augusta was eventually chosen as the rail town, and so the station was permanently closed in 1957.

Today a steam locomotive, Pichi Richi Railway, runs from Quorn to Port Augusta once a week for tourists, through some of South Australia's most beautiful scenery. 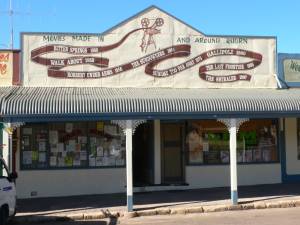 Aside from the need to stop in Quorn for food, gas, and water supplies before heading to Flinders Ranges Park, it's mostly some of its old buildings and the Old West abandoned town atmosphere that will remain in your memory!

You really get the impression that the main street has just been paved and that the trucks have replaced the horses recently! 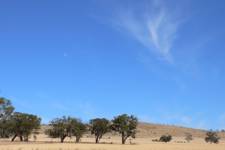 Quorn is a border town and it is the landscapes which surround it which constitute its most beautiful heritage!

To the south, the road, bordered by immense fields of wheat and pastures, heads towards the fertile Barossa Valley and Adelaide. 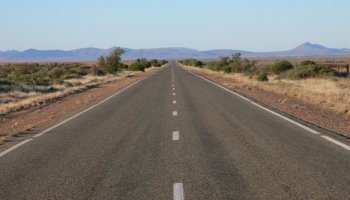 On the other side, to the north, you enter one of Australia's most beautiful scenic drives, in the sun of the bush and the plains.


Before arriving at the entrance to the Flinders Ranges Park, you can stop to visit the caves of Yourambulla, (excellent aboriginal paintings) or visit the many ghost villages, populated by kangaroos, in the surroundings.

Not to be missed: the "Quandong pie"

Finally, do not miss the culinary specialty of the region: Quandong pies (Quandong pie) !!

Between peach and plum, quandong is a red fruit that only grows in the Flinders Ranges region.

The pie is covered with sweet dough like a crumble, to taste absolutely In the region!

add a comment of Azurever.com favorite: The village of Quorn