Discover two beautiful and fascinating sites of ancient Greece with this special Athens offer. With your guide, explore Athens and visit breathtaking monuments such as the Acropolis and Parthenon. See the Panathenaic Stadium, where the first modern Olympic Games were held in 1896, and discover fascinating archaeological finds at the Acropolis Museum. During the afternoon, take a scenic excursion to the Temple of Poseidon at Cape Sounion, a stark white monument perched atop a cliff overlooking the Aegean Sea. 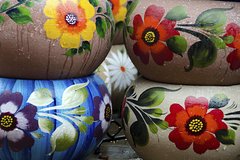 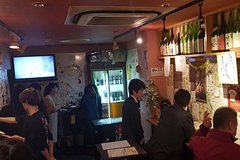 Morning: Athens Sightseeing Tour
After pickup from your Athens hotel in the morning aboard a comfortable, air-conditioned coach, you'll visit the Acropolis, a jewel of the splendor of ancient Athens. Discover the various monuments that lie near its rocky base, including the impressive Parthenon, the Propylaea, the Temple of Athena, and the Erechtheion, with its portico of caryatids.
Next, travel to the Panathenaic Stadium, the site of the first modern Olympic Games in 1896. Visit the Tomb of the Unknown Soldier opposite the Parliament Buildings in Constitution Square and enjoy views of government buildings and their elegant 19th century structures century.
Enjoy a glimpse of the modern city of Athens along Panepistimiou Avenue, where you will discover the Catholic Cathedral of Athens, the Academy of Athens, the University of Athens and the National Library. End at the Acropolis Museum, featuring fascinating archaeological exhibits. Your tour will end around 13:30 PM, and you will have approximately one hour of free time to relax and enjoy lunch at a local restaurant (own expense) before your afternoon tour.
Afternoon: Cape Sounion
Around 14:45 PM, board a coach for a drive to Cape Sounion, passing the beautiful beaches of the Saronic Gulf. Once there, you will have the opportunity to visit the Temple of Poseidon, a stark white monument perched on a rocky cliff overlooking the sea.
Take in incredible views of the Aegean Sea and even the island of Kea on a clear day. Your guide will explain how the temple was built in 44 BC, and how many of its original Doric columns still stand. One of these columns features graffiti engraved by the illustrious English poet Lord Byron in the early 19th century.
After your tour, you will be taken back to your hotel.