Afternoon visit to the Dachau Concentration Camp Memorial in Munich

Dachau was the most dastardly of the World War II concentration camps and represents a moment in modern history that cannot be forgotten. Your afternoon visit to Dachau Concentration Camp Memorial will be both moving and unsettling, and is not recommended for children. 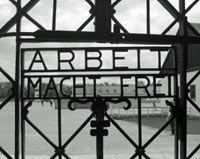 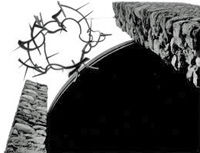 Driven through the village of Dachau, you will reach the site of the former concentration camp. Built in 1933, Dachau was the first Nazi concentration camp and it is believed to have 'treated' over 200.000 prisoners during World War II.

The main hall of houses of photos and models of the camps show you a glimpse of the horrific acts against humanity that were often carried out in the camp. In the grounds surrounding the main hall, you will find a crematorium, reconstructed bunkers and a camouflaged gas chamber.

You will have plenty of time to visit the memorial site, the museum and see the documentary film shown in the main hall around 15:30 PM. There is no guided tour at the site, but your guide will give you information and answer questions on the way to Dachau.

Starting point :
Opposite the KARSTADT shop department, opposite the main train station.

Return details:
Return to the starting point around 17:45 p.m.

Visit of Athens – half day ❯