It is well known, Belgium is the “Paradise of beer”. In bars and estaminets, you are offered menus that most often include more than fifty different types of beer.

A choice to shame our Parisian bistros and their pokey menus… Belgian beer is based on a rich tradition and brewing is considered a real art. 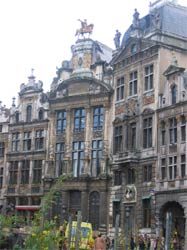 A visit to the brewers' house which borders the Grand Place is a prerequisite for any beer lover.

You will become unbeatable on the differences between white, blonde, abbey beer, trappist, gueuze, etc. and their different manufacturing processes.

Brewing takes place in six stages which are detailed to you: Grinding and brewing; Filtration and cooking; Purification, refrigeration, fermentation; Keep ; Filtration; and Racking. 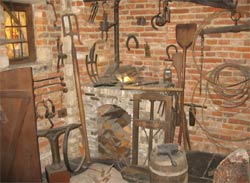 First, admire the bas-reliefs that adorn the façade: they represent the harvesting of hops and the transport of beer.

The museum is inside in the basement at the bottom of the stairs.

Very friendly welcome in the reconstituted tavern where you will be served the tasting which closes the visit to this small didactic museum.

After a small exhibition of the brewing equipment used in the 18th century (utensils, brewing and fermentation tanks, cauldrons, etc.) a film explains the brewing process and presents the different categories of beer. The little extra: a Belgian beer-based recipe punctuates each presentation.

To complete this theoretical part, visit the Brussels Gueuze museum. You will learn about the traditional brewing techniques used to make lambic. 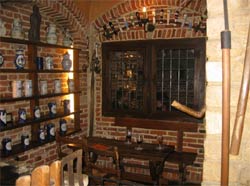 And now let's get down to business. Out of pure professional conscience, I have tested an incalculable number of beers for you.


Be careful, however, to behave in the rules of the art.

Each beer is consumed at a specific temperature and is tasted in a certain type of appropriate glass and washed according to a certain ritual avoiding the slightest trace of grease.

You will be offered here to accompany your tasting with abbey cheese sprinkled with celery salt.

If consumption remains moderate, beer would even be good for health, hops being scientifically recognized as a factor in reducing cardiovascular risks in women!