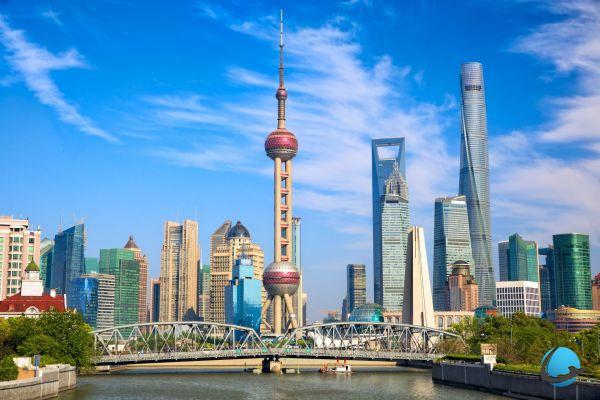 Shanghai literally means "on the sea" since it is bordered by the Huangpu River and is located at the mouth of the Yangzi Jiang. It is one of the main cities of the People's Republic of China. Called to become a global metropolis next to London, Paris or New York, it's a futuristic city which has undergone a more than impressive development in a short time!


Between the Shanghai Museum, the Bund district, Hongkou Park, People's Square and the Old Chinese Town with Yu Garden, the city offers a magnificent landscape where vestige of a colonial past, skyscrapers and traditional Chinese landscapes mingle, although these are a bit rare.

Pudong is undoubtedly the city of tomorrow. To choose from, you can opt for a walk along the Bund or on the boulevard on the west bank of the Huangpu River. The city also presents the Pearl of the Orient tower, which by the way, is theone of the tallest towers in the world. A relatively futuristic landscape which is however accompanied by old political buildings, vestige of a colonial and revolutionary era of the last 150 years. 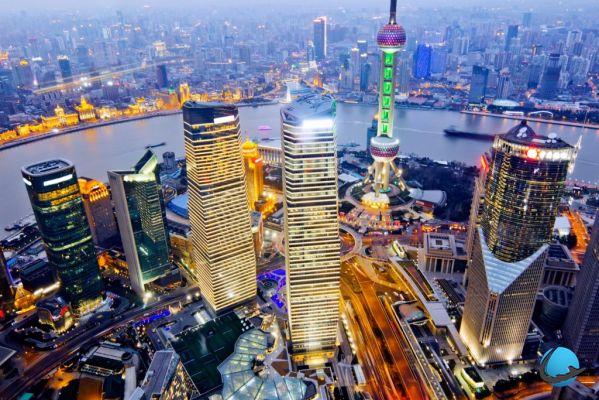 Besides the beautiful scenery, Shanghai offers various activities and events such as intense nightlife, various food brands, interesting shopping and all kinds of interesting museums and exhibition centers.

In the years 1920-1930, Shanghai had known a cultural development which had contributed to make it known. Currently, the Chinese city has become a popular destination for tourists from all over the world. This city has many attractions such as Nanjing Road, Yuyuan Garden or the Jade Buddha temple. 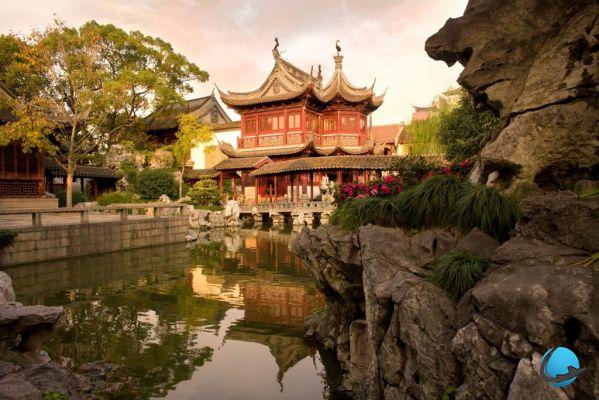 The Yuyuan Garden in Shanghai

You can choose to visit the many towers of the city, walk in the various parks or go shopping, because you can find various products from all over China. Furthermore, Shanghai nightlife regains its former vitality. Formerly known for its opium bars and dens, the city currently offers a few nightclubs that you must visit during a stay in Shanghai. 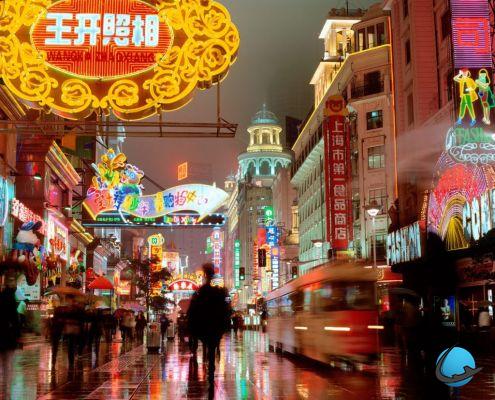 Some unmissable visits to do in Shanghai

We invite you to discover this major historical and cultural metropolis of China. Here are some visits to do during your stay!

The Bund is an approximately 1,5 km boulevard bordering the Huang Pu River. It will allow you to visit Shanghai as if you were in the 20s and 30s. At that time, the city was controlled by the great European powers. The district was also called district of international concessions. It is still today an essential place for the economy of Shanghai. From this boulevard, you can contemplate the Walibadu Bridge, the Shanghai Bank, the Peace Hotel (one of the oldest buildings in Shanghai) or even stroll through the Huang Pu Park. 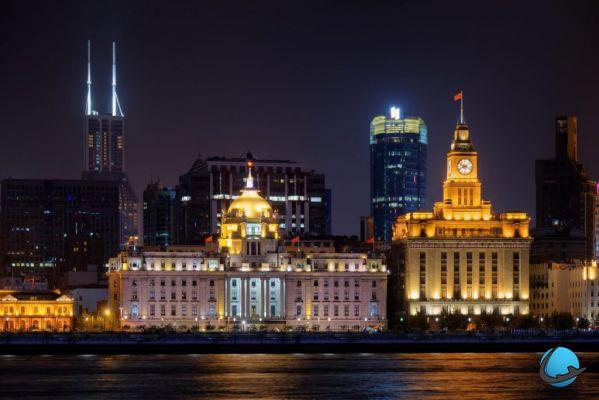 The Bund at night

Made famous around the world by the chinese bronzes room, the Shanghai Museum is worth a visit for all art lovers. Magnificent works contemplate you from the height of their 21 centuries of existence. On the third floor, you will be surprised to see the reconstruction of a reception hall of the Ming period, or a study room.

Created under the Ming dynasty, the garden allows you to discover a set of pagodas, fountains and bonsai. This garden is located in the historic district of Shanghai and covers an area of ​​two hectares. A true haven of peace in the most populous Chinese city.

The Jade Buddha Temple (Yufosi) is a Buddhist temple, one of the only ones in Shanghai. Their rarity is explained by the youth of the city. You will see two statues of the famous god: one represents him seated, the other lying down. The seated statue is carved directly from the jade, which made the place famous.

Enjoying Shanghai is not that expensive

Atypical circuits are developing. It is now possible to find all inclusive packages which include the cost of the flight, the stay, the hotel and sometimes even activities are included, such as excursions for example. For a rushed trip to Shanghai, your best bet is to resort to travel comparators. This allows you to obtain the best formula at the lowest price. There, you will also have the pleasure of discovering that the food and attractions are quite inexpensive. 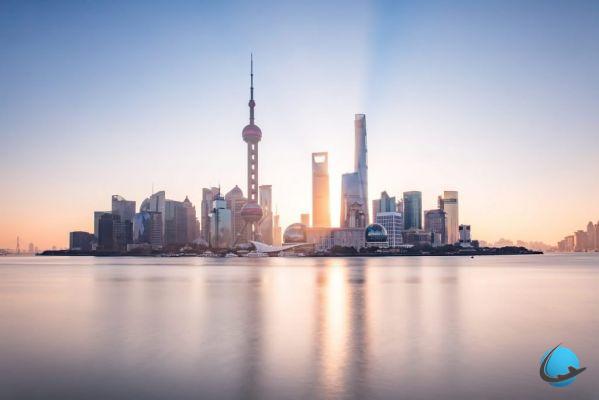 Sunrise over the Shanghai skyline

No vaccine is required to enter China. However, travelers from an endemic region must come to Shanghai with a yellow fever immunization certificate. In addition, it is not advisable to drink tap water for health reasons. Finally, it is always interesting to bring an antibacterial lotion.

The official currency is the Chinese yuan (CNY).

When to go to Shanghai?

May and October are the most favorable months.

How do I get to Shanghai?

Shanghai's rail and air network is very well served. The international airport is in Pudong, 40 kilometers south of Shanghai. The second airport, Hong Qiao, meanwhile only links the interior cities.

Compare prices to find a cheap plane ticket to Shanghai.

Shanghai Pudong Airport is connected to central Shanghai by shuttle buses, taxis and the high-speed Maglev train. It is not very advisable to opt for walking since it quickly becomes boring.

Shanghai is a modern city so it is not interesting to get around the city by bus or taxi, in order to avoid traffic jams. It is better to opt for the bike or the metro.

Shanghai has a subtropical climate, that is, hot and humid. Strenuous during the summer months, the best season is the drier fall and the relatively mild winter.

A luxury hotel on the Great Wall of China ❯

Going to visit China: all our practical advice!

Add a comment from A glimpse of Shanghai: a journey into the future