A day in Potsdam

At the heart of the dynasty of Prussian kings 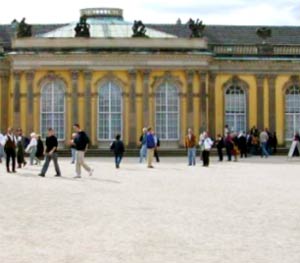 Potsdam is a small town west of Berlin which was chosen by the kings of Prussia to build their castle there in the 17th century.

From Berlin, you can get there by line 7 of the S-Bahn.

Arrived at Potsdam station, it takes a few kilometers to walk to Sans Souci Castle and its park, the main attraction of the city.

However, the historic city center is cute to visit, especially its Dutch quarter with its network of small cobbled streets lined with small houses and artisans of all kinds...

Via the Brandenburgerstrasse pedestrian street, we arrive at Sans Souci Castle Park. Very large, it has nothing to do with a French garden in the Versailles style.

There are indeed many fountains and statues (including some of the Frenchman Pigalle), “planted” in the middle of trees, streams and exotic flowers. All this contributes to create a charming bucolic atmosphere. Do not forget to see the Asian-style Dragon House: completely incongruous to find such a building here! 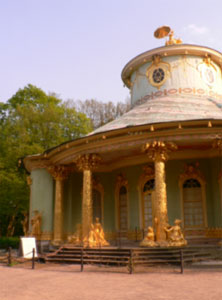 To visit the castle, we go early, because obviously there is a queue every day. It takes 8 euros for the entrance.

Built at the instigation of sovereign Frederick II the Great, the rococo-style building was used to contain an impressive collection of paintings.

The facade overlooking the garden is dotted with multiple figures in bas-relief, from mermaids with royal guards to little angels.

When you enter, you first linger in the elegant inner courtyard, which leads to the vestibule, adorned with a magnificent fresco dedicated to spring, on its ceiling.

Visiting the king's bedroom reveals the exact place where Frederick II died at the end of the 18th century.


The following rooms (of the Audiences in particular) present many paintings from the period, and some French masters are well highlighted (Watteau in particular).

Finally, when we enter the guest rooms and discover in one of them a bust of Voltaire, we are told that the place was reserved for the French writer but that he never used it. ! 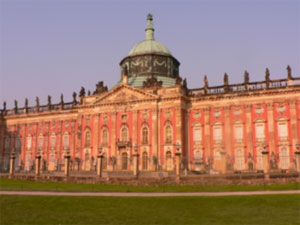 Frederick II being a very great collector of paintings, he had a gallery built just next to the castle specially dedicated to the masters of his time.

It is undoubtedly one of the oldest museums in Germany, and for 3 euros, you can admire paintings from all over Europe (Poussin, Rubens, Bassano…).

Let's not forget to stop in front of the Chinese Tea House (another Asian building!), which houses a superb collection of porcelain...


If there are a multitude of other buildings to see (the Orangery and the Charlottenhof Palace in particular), we linger in front of the New Palace, at the end of the park.

Larger than the original, the castle was built to prove to all of Europe that Prussia was not ruined after going to war (1763). With an impressive facade and rooms containing pretty frescoes and period Prussian furniture, the walk is worth the detour.

> To get to Potsdam from Berlin, take the S7 line or the RE1 train, both to the terminus, “Potsdam Stadt”. By car, take the A115 motorway. It takes half an hour to travel from the German capital.

A day at the Wannsee ❯